Arsenal welcome league leaders Leicester to the Emirates Stadium on Sunday in a monumental clash that could ultimately prove decisive in the destination of the 2015/2016 Premier League title.

We will not have a better opportunity to stop the high-flying Foxes in their tracks, but it also represents a game that Arsenal cannot afford to lose. Allowing the five-points to extend to eight could prove a bridge too far for us, especially as it would only give us twelve games to play catch up, but bringing it down to two would blow the title race wide open.

Arsenal’s 2-0 victory at Bournemouth came at the perfect time as it not only ended our barren spell of three games without a goal, but was also our first win in four games. The three points were even more important as Tottenham and Leicester also won, with the latter showing their title credentials with a resounding 3-1 victory at the Etihad Stadium against Manchester City.

It could prove to be a pivotal weekend in the Premier League, with our game against Leicester followed up by Tottenham’s trip to Manchester City on Sunday afternoon. The result from both games could change the entire dynamic of the league table, but we have to focus on ourselves and put in a strong performance against a team that should not be underestimated by any means. The title is within their reach, with Leicester now rated as favourites with Coral to complete what would be a fairytale story, and many may secretly want Claudio Ranieri’s team to go all the way, it’s imperative that we win the game in order to keep our own title hopes alive.

Arsenal have already proved once this season that they have the quality to overcome Leicester, having beaten the Foxes at the King Power Stadium with a ruthless 5-2 victory in late September. Much has changed since then, with Leicester flying up the table in superb fashion thanks to the likes of Jamie Vardy and Riyad Mahrez who have been instrumental in their meteoric rise from merely scrapping relegation last season to potential title winners. They will arrive at the Emirates Stadium in the knowledge that they will remain top whatever happens, but the opportunity to beat another of their closest challengers is one they will undoubtedly approach with no fear.

Speculation has been growing that Gabriel missed training today with a thigh injury. It’s not known how serious the problem is but Per Mertesacker is on stand-by to come in to the back four.

Tomas Rosicky, Santi Cazorla and Jack Wilshere remain Arsene Wenger’s long-term injury concerns, with all three unlikely to return to action for at least another month.

Danny Welbeck continues to make good progress in training and playing for the under-21’s, and may be rewarded with a place on the substitutes bench, while Theo Walcott and Francis Coquelin are pushing for recalls.

Jeffrey Schlupp and Matty James are no nearer to returning to first team action for Leicester, with the latter likely to be ruled out for the entire season with a serious knee injury.

The Foxes could well name an unchanged line-up for the sixth Premier League game in a row. 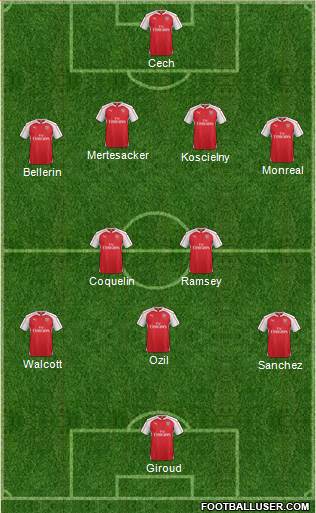 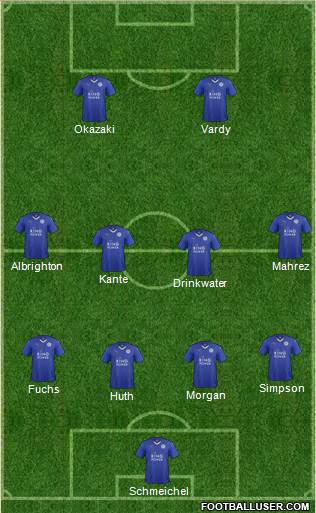 Arsenal 1-1 Leicester: A professional performance at Bournemouth saw us gain a much-needed victory, but facing a team with no fear who are on a seven game unbeaten run (winning their last three) will offer a serious test. Leicester have proven their ability to be a real threat on the counter attack, but with Arsenal also possessing real quality in the final third, I believe it will be an enthralling clash that will end honours even.

Arsenal are 4/5 with Coral to pick up a huge win but going with my prediction will give you odds of 13/2. I fancy Theo Walcott to justify his recall to the starting line-up with the opening goal at 11/2, while it is difficult to look past Vardy or Mahrez as Leicester’s main hope for goals. You can back the Premier League’s top scorer at 7/4 to score any time in the match, while Mahrez appears strong odds at 2/1 to hit the back of the net during the 90 minutes.