Arsenal have finally unveiled the new home kit ahead of the 2016/17 season with the help of the likes of Mesut Ozil and Alexis Sanchez. See photos here 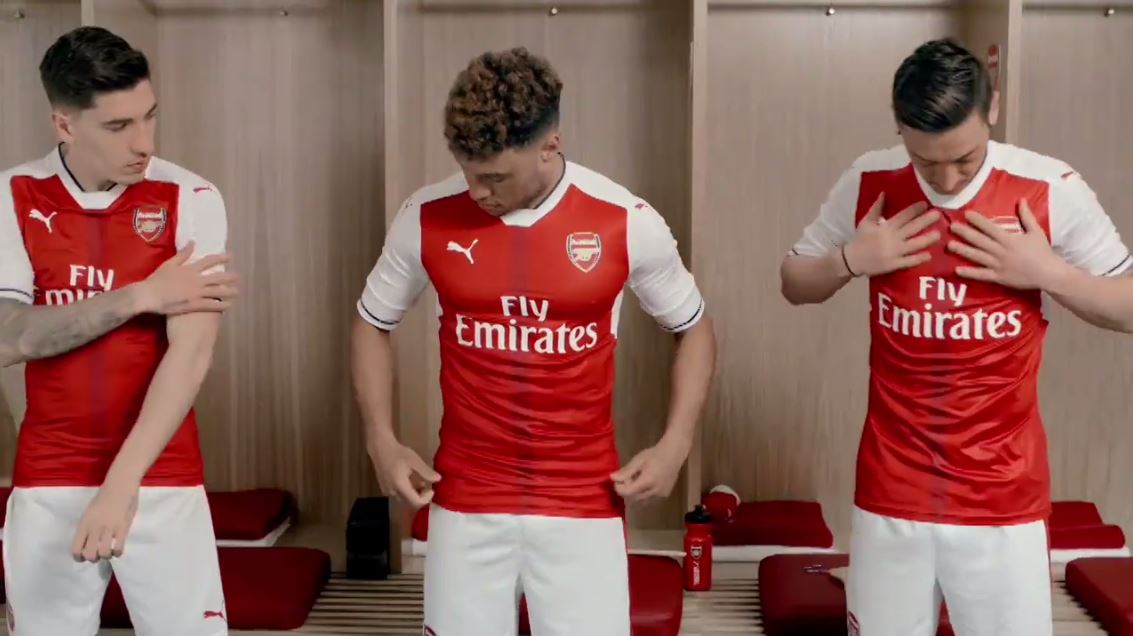 Arsenal have finally unveiled the new home kit ahead of the 2016/17 season with the help of the likes of Mesut Ozil and Alexis Sanchez.

There have been images of the new kit ‘leaked’ on social media for weeks and the club were then forced to act after photos of Granit Xhaka wearing the new kit emerged over the weekend ahead of his proposed move from Borussia Mönchengladbach.

Arsenal were initially hoping to unveil the kit next month but had to bring the release date forward at short notice, so there has been no fancy launch party like we’ve seen in previous years.

The club went old school and just unveiled the new kit on Arsenal.com while they’ve also uploaded a video to Twitter showing some of the players trying on their new threads.

As expected, the new home shirt is predominantly red with white running across the shoulders and arms with blue detailing around the v-neck collar, while there is also a distinctive dark stripe running down the body.

There is a Gothic A stitched in to the back of the neck while we’re reverted back to plane red socks with white detailing.

Stars such as Alexis Sanchez and Mesut Ozil have helped promote the new kit, while the photo below shows legends Robert Pires, Thierry Henry and Freddie Ljungberg also in the promo shots.

Check out some photos of the new kit here: 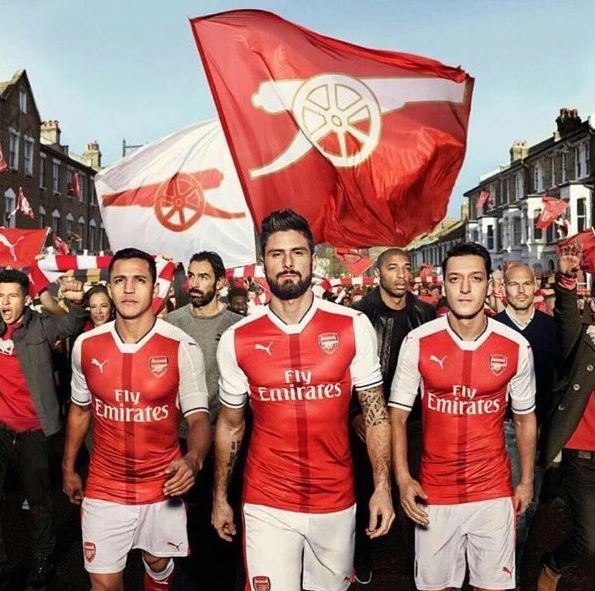 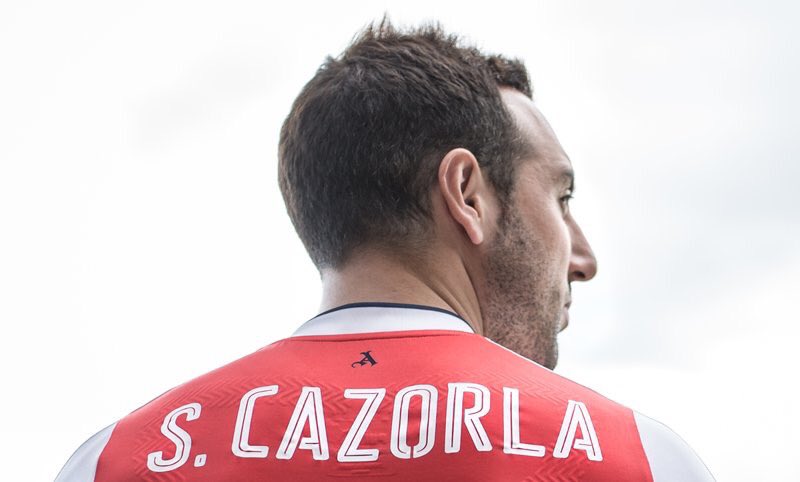