Some of the players have taken to social media sites to celebrate as England went top of Group B with a 2-1 win over Wales this afternoon. 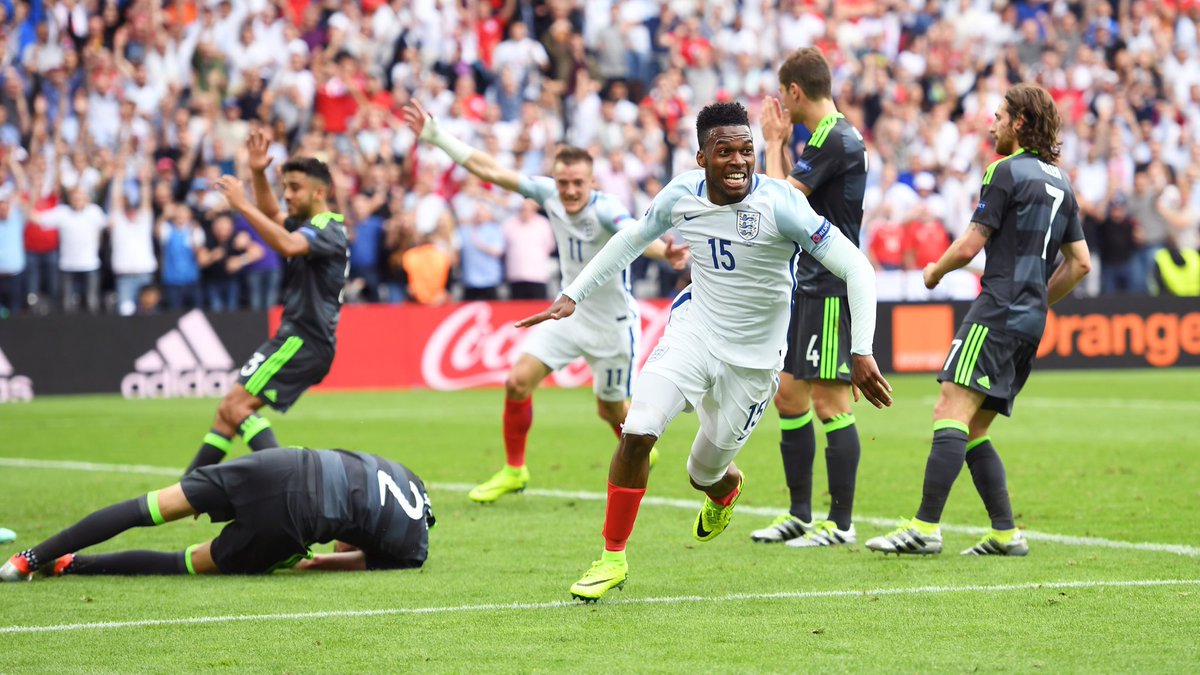 Some of the players have taken to social media sites to celebrate after England went top of Group B with a 2-1 win over Wales this afternoon.

Things didn’t start well for the Three Lions as Gareth Bale’s stunning 35-yard free-kick proved too hot for Joe Hart and the Welsh side went in to the break 1-0 ahead.

However, Roy Hodgson boldly introduced Daniel Sturridge and Jamie Vardy at half-time and the substitutions work a treat as the Leicester City hitman levelled things up from close range in the 56th minute.

It looked as though England would have to settle for a point but Liverpool striker Sturridge stepped-up to win it in dramatic fashion in injury time to secure a vital three points that see Hodgson’s men move top of Group B.

After such an important victory, it’s easy to understand why some of the players have been celebrating on social media with Vardy, Dele Alli and Wayne Rooney all posting messages on Twitter.

Manchester United teenager Marcus Rashford also came off the bench late on to become England’s youngest ever representative at a European Championships and the striker posted a message on his Instagram account expressing his delight at the win, while Sturridge also shared a photo collage on his account.

Check out what the players have been saying below:

What a win!!! Fans were incredible we go again Monday#Eng

Amazing feeling to win the game like that fans were madd