Brazilian defender David Luiz has been posing in his Chelsea shirt after his £30m move from Paris Saint-Germain was confirmed.

Transfer deadline day is finally here so we’ll bring you all the latest transfer rumours and gossip from around the globe. Here, David Luiz completes his move back to Chelsea. 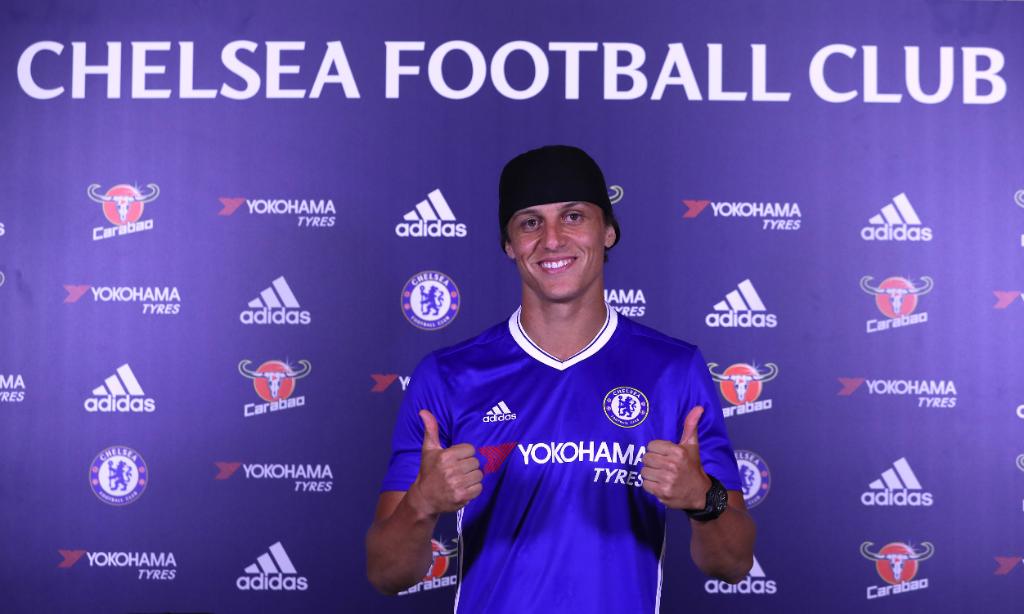 Chelsea have confirmed on Chelseafc.com that David Luiz has re-joined the club on a three-year deal from Paris Saint-Germain.

Antonio Conte has been desperately trying to bring in another centre-back this summer after starting the new season with just four fit senior defenders to choose from.

Having failed to agree deals for several of his prime targets in recent weeks, Conte turned his attention to former defender David Luiz during the closing stages of the summer transfer window.

News broke late on Tuesday night that Chelsea had made their move for the Brazilian international and we soon saw images of Luiz arriving in London to undergo his medical and finalise personal terms.

The formalities of the deal were concluded without issue and Chelsea confirmed on their official website shortly after 11pm on Wednesday night that Luiz has re-joined the club on a three-year contract.

After sealing the move, the defender told Chelseafc.com that he was delighted to return to the club and was looking forward to wearing the blues shirt again:

‘I’m delighted to return to Chelsea. We had a fantastic story during my first time at the club and I want to help the team and Antonio Conte achieve a lot of success.

‘I always had a wonderful relationship with the fans and I am looking forward to wearing the blue shirt at Stamford Bridge once again.’

The Blues haven’t disclosed the fee but the Guardian claim they’ve paid PSG £34m – although other outlets suggest it’s somewhere between £30m-£32m – but either way I’m sure Luiz will turn out to be a very popular signing among the Blues fanbase.

Despite question marks over his defensive capabilities, Luiz was a real fan favourite at Stamford Bridge during his first spell at the club after helping Chelsea lift the Champions League back in 2012.

It was a busy day in west London as Chelsea also completed the signing of Spaniard full-back Marcos Alonso from Fiorentina while several players left the club on loan.

Here are more photos of Luiz courtesy of Chelseafc.com and the players Instagram account and a video message from the defender: 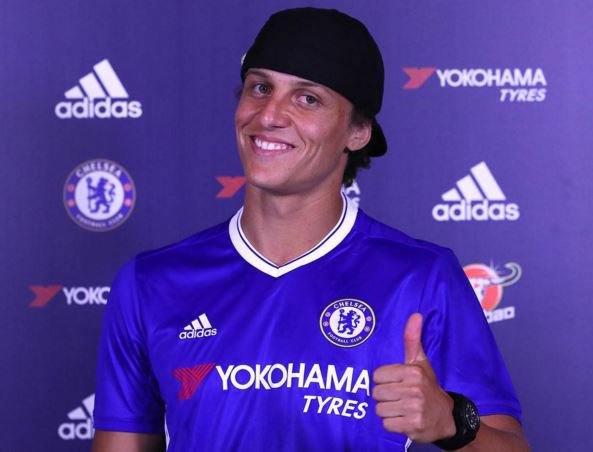