Tottenham entertain leaders Manchester City at White Hart Lane on Sunday afternoon. Here is the side we think Mauricio Pochettino will select for the game:

Tottenham will be looking to extend their unbeaten start to the new Premier League season when they entertain leaders Manchester City at White Hart Lane on Sunday afternoon. Here is the side we think Mauricio Pochettino will select for the game:

Goalkeeper: Hugo Lloris is almost certain to continue between the sticks on Sunday as he’s a key figure in the Spurs line-up.

Defence: Pochettino gave very little away about the fitness of Danny Rose at his press conference earlier today but the full-back trained as normal on Friday after missing the midweek win at CSKA Moscow with a hamstring injury so I expect him to return on Sunday.

Kyle Walker should also get a recall to the starting eleven and come in for Kevin Trippier at right-back while Jan Vertonghen will continue alongside Belgian team mate Toby Alderweireld in the middle of defence.

Midfield: Pochettino confirmed that Mousa Dembele, Eric Dier and Moussa Sissoko will all have late fitness tests after missing the Champions League trip to Russia on Tuesday night.

Dier was spotted in training today so I expect him to come in to the side in place of Victor Wanyama but we’ll have to wait and see whether the other two midfielders are passed fit to face City. Either way, I still expect Dele Alli to retain his place in midfield.

Attack: Harry Kane continues to miss out with an ankle injury so Vincent Janssen will get another chance to score his first Premier League goal following his summer move to north London.

Heung-min Son continued his fine form this season after scoring the winner in midweek so he should keep his place in attack alongside Erik Lamela and Christian Eriksen. 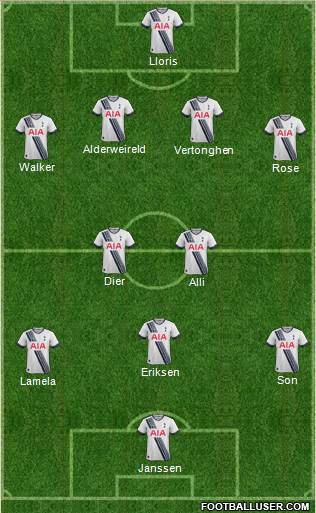 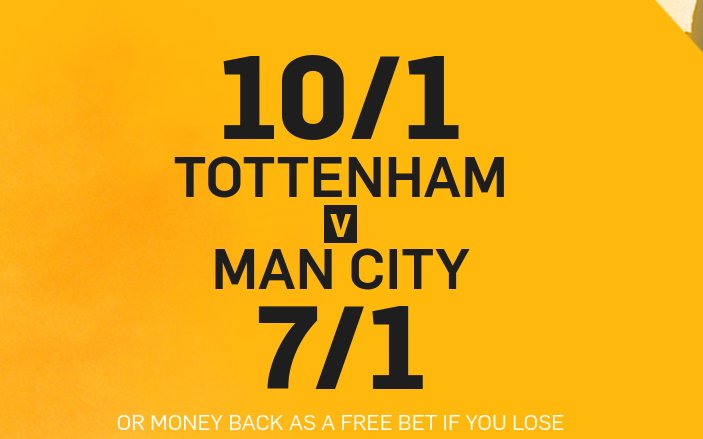