Gareth Southgate will be hoping to make a positive start to life as England manager when the Three Lions take on Malta at Wembley on Saturday evening.

Gareth Southgate will be hoping to make a positive start to life as England manager when the Three Lions take on Malta at Wembley on Saturday evening.

The former Middlesbrough boss was named as interim manager for at least the next four games after Sam Allardyce was dismissed late last month following his part in an undercover sting involving the Daily Telegraph.

Southgate was then promoted from his role as England Under-21 boss and now has four games to prove he’s the right man for the senior role, starting with this weekend’s World Cup qualifier against Malta.

Allardyce got England off to a fine start in their qualification campaign following a 1-0 victory over Slovakia last month and they should be confident of making it two wins from two on Saturday against a side that were thumped 5-1 by Scotland last time out.

Understandably England are the heavy 1/200 favourites so we need to get creative to find value. Therefore, I’d back the Three Lions to win 4-0 at 9/2 while I also like the look of Marcus Rashford to open the scoring at 13/5. If we combine those two bets, then we get very tempting odds of 9/1. However, remember to use a well known, reputable gambling site such as M88 online and always look out for welcome bonuses to make your money go further.

England will be without Liverpool midfielder Adam Lallana after he was ruled out with a groin strain with club mate Nathaniel Clyne is also missing after picking up a knock at Swansea last weekend. However, Jordan Henderson should start in midfield.

Manchester City attacker Raheem Sterling has withdrawn from the squad due to a calf problem so Andros Townsend has been called up while Burnley defender Michael Keane has replaced Glen Johnson – who’s out through injury.

Tottenham striker Harry Kane is also unavailable so it’s going to be interesting to see who Southgate selects up front. Manchester United duo Wayne Rooney and Marcus Rashford are both pushing for starts while Arsenal’s Theo Walcott is favourite to start on the right after his impressive start to the new season. 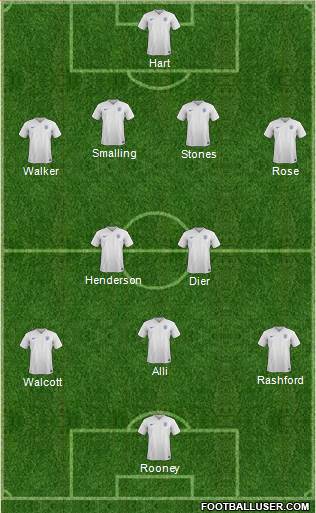 Southgate probably couldn’t have asked for an easier opening game as Malta sit 176th in the FIFA rankings so it should be a relatively straightforward game for the hosts. No doubt England will make life difficult for themselves and it will take a while to get going, but hopefully once the deadlock has been broken, the goals will flow and I’m going for a 4-0 win in the end.