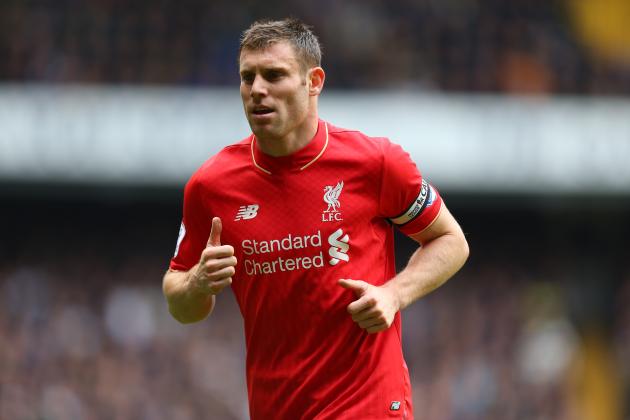 Liverpool will be looking to keep the pressure on at the top of the Premier League when they take on Crystal Palace at Selhurst Park on Saturday evening.

Ahead of the game, Jurgen Klopp has been speaking to the media at his pre-match press conference this afternoon and he’s offered Liverpoolfc.com a team news and injury update.

The German coach revealed a fresh fitness doubt for the trip to the capital as James Milner is a doubt to take on Palace this weekend after being struck down by a virus this week.

Milner was unable to train earlier this week due to his illness but the vice-captain resumed full training on Thursday so Liverpool’s medical team will assess the 30-year-old at Melwood this afternoon to see if he’ll be able to feature on Saturday evening.

Klopp also confirmed that his squad have a ‘few knocks’ but didn’t give any other specific names. He told the clubs website:

“There are a few knocks, how it always is, but nothing else.

“Millie was ill on Tuesday, so there was no chance for him [to train]. Yesterday he had a running session to see how he felt, which was OK. Now we have to see, [we have] another two days. I am not too sure, but at this moment apart from the knocks from the last game, that should be all.”

If Milner is ruled out of the Palace clash then Alberto Moreno will be on stand-by to continue at left-back after playing in the League Cup win over Tottenham on Tuesday night.

Klopp also gave an update on Joe Gomez as the young defender continues to work on his fitness after being out for around a year with a serious knee injury. The 19-year-old returned to full training earlier this month and Liverpool are now hoping he can get some minutes under his belt for the under-23’s as he looks to step-up his recovery, but Klopp isn’t going to rush him back in to his first team plans.

“He [Gomez] is good. We always talk about all the players, but with the medical department and the fitness coaches we are talking about Joe. He looks really good at the moment, but it is a long way – he was injured for a long time and now it is a long way back, so there is no rush in it.

“Thank God we don’t have to put pressure on him, like we need tomorrow or something. He is still a young boy so we can give him time to come back in the right moment.

“In the next few weeks, maybe in the international break when we can get a game or something, he will play a few minutes and then we will have a look what makes sense, U23s or whatever.

“He looks good, he feels good. He is tired a lot, especially after the sessions, but that’s normal he is all in a good way.”

Liverpool head in to the weekend action off the back of an excellent run of form after moving level on points with Man City and Arsenal at the top of the table with a 2-1 win over West Brom last weekend, so Klopp will be desperate to keep up the pressure at the to with another victory tomorrow.