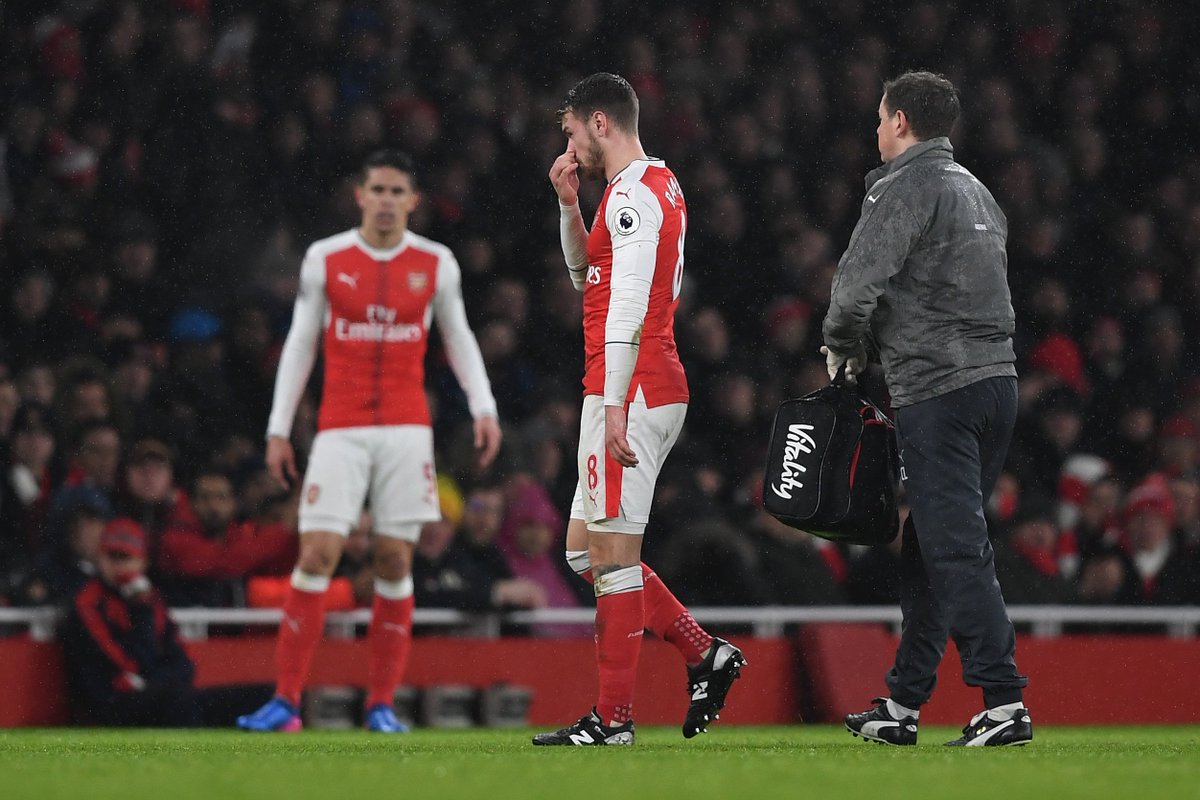 Arsenal have been dealt a major injury blow with Aaron Ramsey ruled out of their trip to Chelsea while Olivier Giroud is also a doubt for the game at Stamford Bridge, according to Football London.

Ramsey went down clutching his leg during the early stages of Arsenal’s 2-1 defeat to Watford on Tuesday night and was replaced by Alex Oxlade-Chamberlain in the 20th minute after receiving treatment from the physio.

Arsene Wenger confirmed after the game that the midfielder had picked up a calf problem but he refused to speculate over how long the Welsh international may be out for or whether he’d be available to face Chelsea.

Football London are now reporting that after undergoing an initial assessment, Ramsey has been ruled out of the trip to Stamford Bridge but the club won’t know the full extent of the injury until the results of a scan come back.

The 26-year-old will have his scan today and the newspaper says that Arsenal staff remain hopeful that the injury isn’t too serious and that Ramsey has just strained the calf, rather than torn it.

But he’ll still miss the Chelsea game which leaves Wenger with something of a selection crisis in midfield as Mohamed Elneny is still at the African Cup of Nations, Granit Xhaka remains suspended while Santi Cazorla is still nursing a long-term Achilles injury.

The good news for Arsenal is that Alex Oxlade-Chamberlain is expected to shake off a knee injury that he picked up on Tuesday night and should partner Francis Coquelin in the middle of the park, but the only other option Wenger has is to call upon youngster Ainsley Maitland-Niles.

It’s not just in midfield where Arsenal have injury concerns as Football London also claim that Olivier Giroud is a doubt for the Chelsea game due to an ankle injury.

The French international was seen limping during the early stages of the Watford game and was withdrawn at half-time so it looks as though he’ll need to be assessed before the trip to Stamford Bridge.

Thankfully for the Gunners, Danny Welbeck is available again after being given a rest on Tuesday night and should start up front after scoring a double against Southampton last weekend.