Managers are now making plans for the summer transfer window so we’ll bring you all the latest news and gossip from around the globe. Today, West Ham agree deal to sign Pablo Zabaleta… 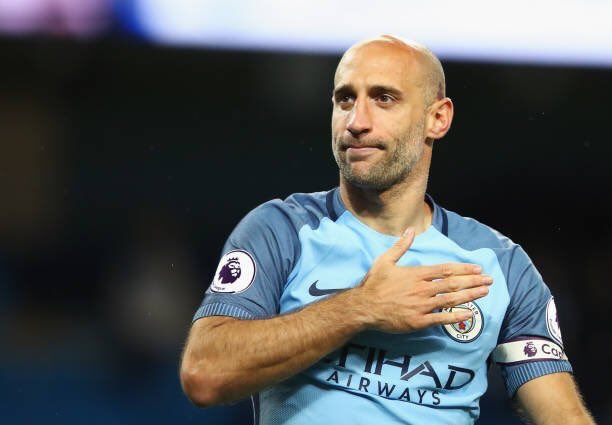 West Ham have agreed a deal to sign Pablo Zabaleta on a free transfer when his contract with Manchester City expires at the end of next month, according to Sky Sports News.

Zabaleta joined City from Espanyol in 2008 and has been one of the most consistent defenders in the Premier League over the last nine years.

The Argentinean international racked-up over 330 appearance for City to help them win 2 Premier League title, 1 FA Cup and 2 League Cups during an illustrious career.

However, the 32-year-old has struggled for regular game-time under Pep Guardiola having made just 11 league starts last season and he’s set to end his stay at the Etihad Stadium when his contract expires at the end of next month.

Zabaleta has been strongly linked with a move to West Ham recently with Sky Sports News reporting earlier this week that the Londoners were closing-in on deal for the experienced right-back.

It seems the formalities have now been ironed out as Sky Sports claim today that Zabaleta has now agreed terms over a two-year contract ahead of his move to the London Stadium.

The report says the South American will become Salven Bilic’s first major signing of the summer with the free transfer deal due to be formally announced on July 1st after his City contract expires.

Alvaro Arbeloa has been released by the Hammers so Zabaleta will replace the Spaniard and compete with Sam Byram for the right-back berth next season.

The Argentine will bring with him a huge amount of experience as well as quality so I think Zabaleta will prove to be a very decent signing for West Ham.

The Hammers endured a difficult first season in their new home but the board appear to be sticking by Bilic and Zabaleta could be the first of several high profile signings as they look to push for a top six finish next year.