Manchester United staged a stunning second half comeback to delay Manchester City’s title win after running out 3-2 victors at the Etihad this evening. 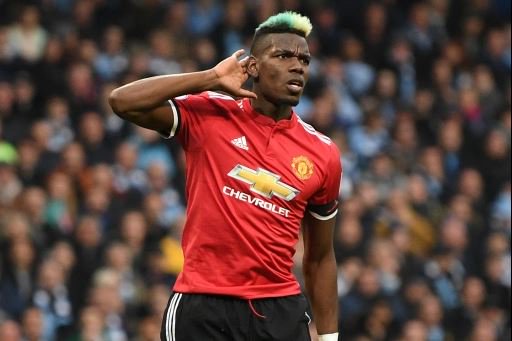 Manchester United staged a stunning second half comeback to delay Manchester City’s title win after running out 3-2 victors at the Etihad this evening.

It was all going according to plan for the hosts as they looked to be strolling towards the title after Vincent Kompany headed them in front midway through the first half.

Ilkay Gundogan made it 2-0 in the 30th minute with low finish and while a dominant City side squandered several chances to put the game to bed, they still went in 2-0 up at the break.

However, Pep Guardiola’s side were made to pay for their lack of ruthlessness in front of goal as Paul Pogba drew United level at 2-2 with two quick-fire goals early in the second half.

The visitors then took the lead in the 69th minute when Chris Smalling fired home from an Alexis Sanchez free-kick to stun the hosts and put the champagne on ice.

City still had chances to get back in the game near the end but David De Gea produced a stunning save to deny Sergio Aguero while the Argentinean striker should have had a penalty following a poor tackle from Ashley Young in the area.

Raheem Sterling also missed a sitter from 5 yards in injury time as United held on to secure a stunning 3-2 comeback win meaning City will have to wait a little longer to seal the title.