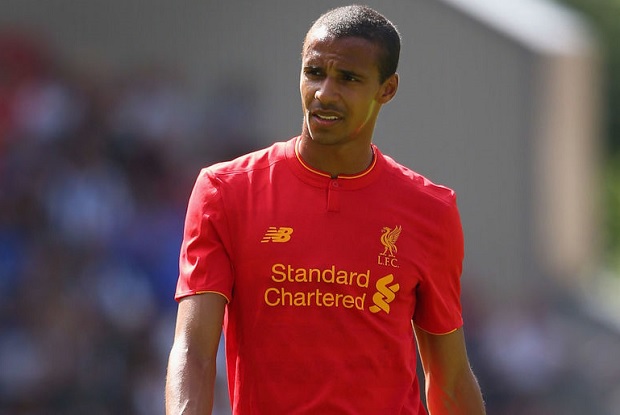 Liverpool have been rocked by a fresh injury blow ahead of their clash with Manchester United after confirming Joel Matip is facing six weeks out with a fractured collarbone.

Matip suffered the injury during the closing seconds of Liverpool’s 1-0 victory over Napoli at Anfield on Tuesday night which secured their place in the last 16 of the Champions League.

The centre-back landed awkwardly after competing with Napoli defender Kalidou Koulibaly for a late header and Matip was seen lying in agony on the turf as the final whistle went.

The Cameroon international was taken to hospital for tests immediately after the game and Jurgen Klopp told reporters during his post-match press conference that he hoped the issue was nothing serious.

However, Liverpool’s worst fears have been realised as the club have confirmed on Liverpoolfc.com that Matip requires surgery on a fractured collarbone and is expected to be on the sidelines for around six weeks.

It’s a huge blow to Liverpool as it means the 27-year-old will be out until late January and is set to miss at least eight matches in all competitions during the hectic Christmas and New Year period.

Matip will miss Sunday’s visit of Manchester United to Anfield while he’ll also sit out crucial Premier League matches against Arsenal and Manchester City. Wolves, Newcastle, Brighton and Crystal Palace are the other league games he’s expected to miss while Matip is also ruled out of the FA Cup third round trip to Wolves.

Another injury is defence is the last thing Klopp needed after losing Joe Gomez for six weeks with a fractured leg so the Liverpool boss is going to have to rely on Dejan Lovren and Virgil van Dijk over the coming weeks.

Any injury to either Lovren or van Dijk would leave Liverpool exposed in the middle of defence which could derail their title challenge and halt what has been an excellent first half to the season.