Tottenham take on Tranmere at Prenton Park in the third round of the FA Cup this evening. Here is the side we think Mauricio Pochettino will select 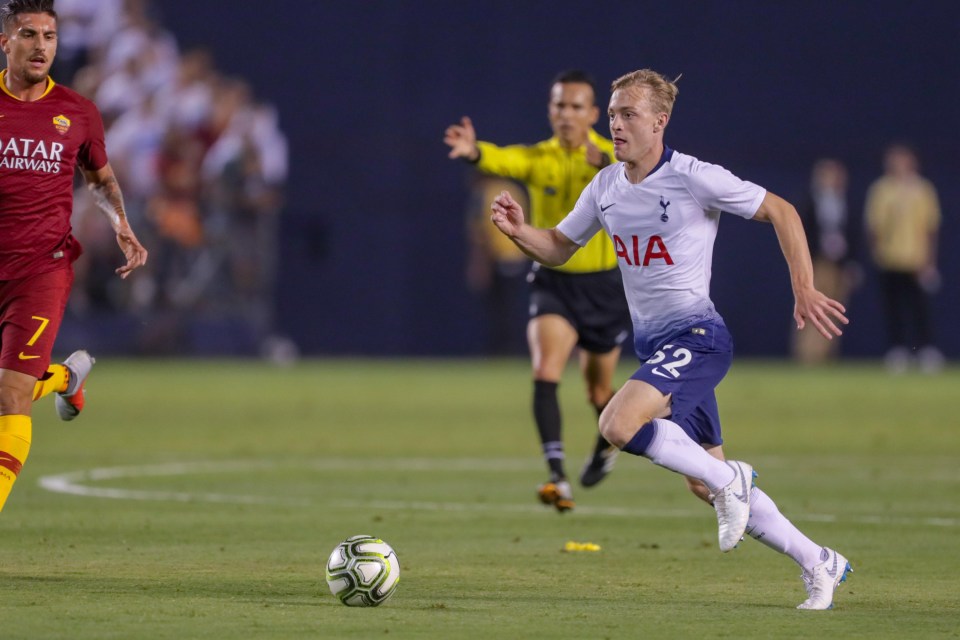 Tottenham will be looking to avoid an upset when they take on Tranmere at Prenton Park in the third round of the FA Cup this evening. Here is the side we think Mauricio Pochettino will select for the game:

Goalkeeper: Pochettino is set to rotate his team ahead of the first leg of their Carabao Cup semi-final with Chelsea so Hugo Lloris is expected to be rested tonight with Paulo Gazzaniga coming in between the sticks.

Defence: Danny Rose and Toby Alderweireld should be given a rest while Kieran Trippier is also expected to be left out as the Tottenham boss gives some of his key men the night off after the busy festive period.

Jan Vertonghen is close to making his return from a thigh injury but this game will come too soon so we should see Juan Foyth recalled to start alongside Davinson Sanchez in the middle of the back four. Ben Davies is set to start at left-back while Kyle Walker-Peters should come in on the right. Serge Aurier will be in the squad after recovering from a groin injury but he may be eased in to action from the bench.

Midfield: Tottenham continue to have selection issues in midfield as Victor Wanyama remains out with an on-going knee injury. Mousa Dembele is back in training after recovering from an ankle injury but he won’t be risked tonight.

Eric Dier is also still unavailable as he continues to work his way back to full fitness after having his appendix removed last month so 18-year-old Oliver Skipp is expected to be given a start tonight. Pochettino has limited other options so he’ll have to start one of Harry Winks or Moussa Sissoko once again.

Attack: The Tottenham boss has confirmed Harry Kane will be in the squad but he’s hinted the England international may start from the bench so Fernando Llorente could be given a rare chance up front against Tranmere.

Hueng-min Son will leave to take part in the Asian Cup soon but Pochettino may be keen to get the most out of the attacker while he’s still available so the South Korean could keep his place this evening.

Lucas Moura is likely to be recalled after being on the bench against Cardiff in midweek but it will be interesting to see who fills the final attacking midfield position.

Pochettino may be tempted to hand Georges-Kevin N’Koudou a rare start but he’s only played 26 minutes of first team football this season so I think one of Dele Alli or Christian Eriksen will keep their place with N’Koudou on the bench along with youngsters Timothy Eyoma, Troy Parrott and George Marsh. 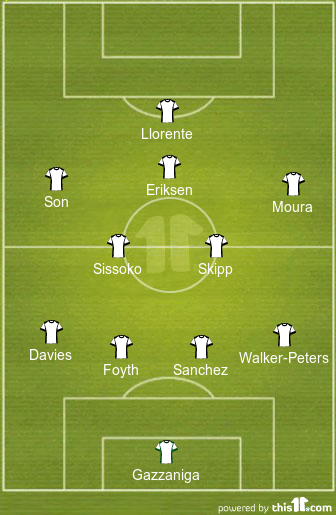