Chelsea take on Arsenal at the Emirates Stadium on Saturday evening. Here is the side I think Maurizio Sarri will select for the game: 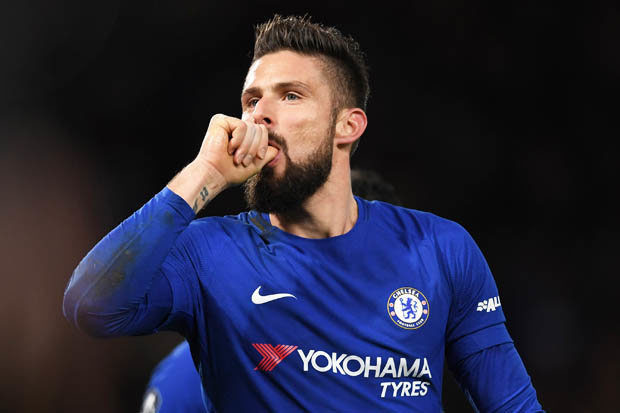 Chelsea will look to tighten their grip on fourth place with a win when they take on Arsenal at the Emirates Stadium on Saturday evening. Here is the side I think Maurizio Sarri will select for the game:

Goalkeeper: There isn’t much for Sarri to deliberate over in goal as Kepa is certain to keep his place with Willy Caballero once again having to make-do with a place on the bench.

Defence: I don’t think we’ll see any changes in defence either as the Chelsea boss is expected to stick with what’s been his preferred back four for the majority of the season. David Luiz is set to continue alongside Antonio Rudiger in the middle of defence with Andreas Christensen and Gary Cahill battling for a place among the substitutes.

Cesar Azpilicueta is expected to once again start ahead of Davide Zappacosta at right-back while Marcos Alonso will continue at left-back with Emerson Palmeiri missing out yet again against Arsenal.

Midfield: Sarri is reportedly trying to strengthen his midfield options following Cesc Fabregas’s exit but for now the Chelsea boss will have to make-do with what he’s got against Arsenal. That means Jorginho will once again start in the deep-lying playmaker role while N’Golo Kante will also keep his place in the middle of the park.

Ross Barkley is pushing for a recall after being named on the bench during the 2-1 win over Newcastle United last weekend but I think Sarri will stick with Mateo Kovacic alongside Jorginho and Kante.

Attack: Chelsea are reportedly closing-in on the signing of Gonzalo Higuain but the deal is highly unlikely to be pushed through before today’s midday deadline in order for the Argentinean international to be eligible to face Arsenal tomorrow.

Eden Hazard played in the ‘false 9’ role last week but Sarri may be tempted to recall Olivier Giroud up front as the Frenchman will be keen to impress against his former club and he’d give Chelsea more presence up top.

That would see Hazard moving out to the wing while Alvaro Morata is unlikely to be involved amid speculation he’s set for a move back to Spain once the Higuain deal is finalised.

Both Pedro and Willian were on target against Newcastle last time out so it will be interesting to see who Sarri opts for if he does recall Giroud, but I think Pedro will get the nod.

Callum Hudson-Odoi will also be hoping to be involved but I think the youngster will have to settle for a place among the substitutes against Arsenal this weekend.