Here is our match preview ahead of Manchester United’s Premier League clash with Crystal Palace including team news, line-ups and prediction

Manchester United are set to be without up to 10 players for their Premier League clash with Crystal Palace at Selhurst Park this evening.

Ole Gunnar Solskjaer remains undefeated in the league since arriving to replace Jose Mourinho as caretaker manager in December after holding leaders Liverpool to a 0-0 draw at Old Trafford on Sunday afternoon.

However, his excellent run is under threat amid an injury crisis that threatens to derail United’s push for the top four with four more players picking up injuries during the stalemate with Liverpool at the weekend.

The result has left Man Utd sitting fifth in the table – one point behind fourth-placed Arsenal – so Solskjaer will be desperate to come away with a win in order to boost their chances of qualifying for the Champions League next season.

United will face a Palace side that are unbeaten in their last six matches in all competitions after thrashing Leicester City 4-1 at the King Power at the weekend to climb up to 14th in the table and move six point clear of the drop zone.

Man Utd will be without Juan Mata, Jesse Lingard and Ander Herrera after they all suffered hamstring injuries on Sunday while Anthony Martial is still out with an on-going groin problem.

Marcus Rashford is also expected to miss out this evening after suffering an ankle injury against Liverpool and Nemanja Matic has been ruled out for at least two weeks with a muscle issue.

Phil Jones has been suffering from illness, Antonio Valencia and Matteo Darmian are still unavailable for selection while Mason Greenwood remains on the sidelines so Solskjaer is set to be without 10 players tonight.

However, there is some positive news as Marcos Rojo is back in contention after returning to full fitness and youngsters Tahith Chong, James Garner and Angel Gomes have been drafted in to the squad.

Palace will be without Mamadou Sakho due to a knee injury so he joins Martin Kelly and Aaron Wan-Bissaka on the sidelines. 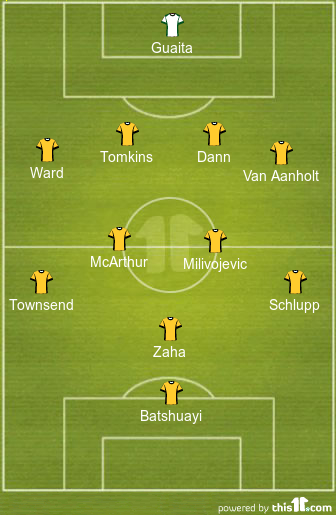 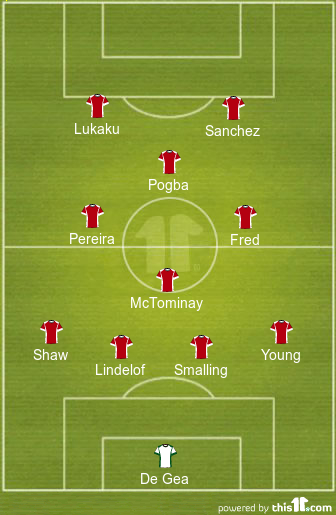 Crystal Palace 1-1 Man Utd: United’s squad has been stretched to it’s limit and it’s going to be extremely difficult for them to cope against a tough Palace side this evening. However, Man Utd are unbeaten in their last 21 league games against Palace and have won their last seven away games in all competitions so they’ll still be confident of getting something from the game. I’m going for a hard fought 1-1 draw.