The six best German imports to have graced the Premier League

The Premier League has played host for some of Germany’s best for over 20 years now so let’s take a look back at six of the best.

The national team might have had their worst World Cup in 80 years, but German football has always produced a high number of world-class players. The talent pool that exists in the fatherland is very enviable and consistent, which allows German players to continuously flourish and demonstrate their footballing capabilities.

The Premier League has played host for some of Germany’s best for over 20 years now, and the vast majority have gone on to prove their worth during their tenure. From old-school centre-backs to showcasing forwards, the German influx has never failed to disappoint so let’s take a look back at six of the best.

Manchester City’s Ilkay Gundogan might have only moved to these shores in 2016, but his consistent performances and versatile style of play make it an easy decision to include him. The central midfielder is of a dying breed in the sense of all-action midfielders; he can literally do everything that you’d expect from a midfield general. Gundogan is such an important facet of City’s team and although he might not start every game, his talents are plain for all to see when on the pitch.

Ever since he made the switch to Newcastle United in 1998, Dietmar Hamann has enjoyed a stellar career in England’s elite. The midfielder played for a total of three Premier League clubs and picked up a cool nine trophies. Hamann’s best spell came whilst representing Liverpool, becoming an important cog for the Reds and he was part of that team that won the 2005 Champions League. Renowned for his tough-tackling style and versatile range of passing, Hamann certainly left his mark during his ten years.

Tottenham Hotspur hero Jurgen Klinsmann might not have been in the Premier League very long, but his short-stay will always be one to remember. The striker introduced himself to the White Hart Lane faithful by scoring on his debut, thus providing the dive celebration he is most recognised for. Klinsmann notched 20 goals during the 1994/95 season and another nine during a loan spell a few seasons after. 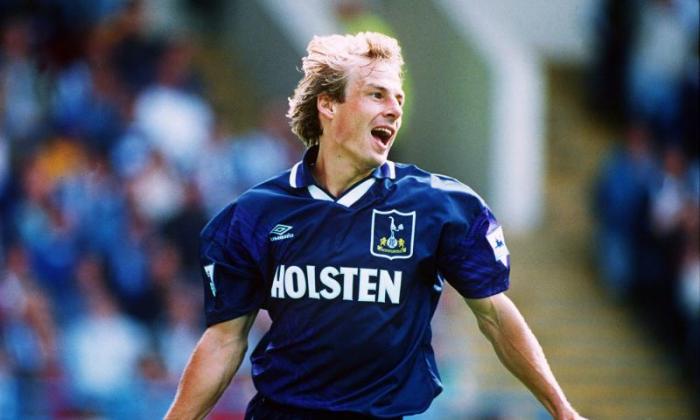 The burly centre-halve might raise an eyebrow or two with his inclusion, but Robert Huth’s place is more than justified. The recently-retired star was something of a Premier League journeyman, but he was more than consistent at whichever club he was playing. Huth picked up three Premier League winners medals during his 16 years in England’s top flight, more than any other German player. Huth might have struggled in his early Premier League days, but his performances for Stoke City and Leicester City were sublime.

Chelsea pulled off quite the coup when the signed Michael Ballack on a free transfer in 2006, and the goalscoring midfielder didn’t disappoint. During his four seasons with the West Londoners, Ballack became an integral part of the side and helped them go on to win one Premier League, one League Cup and two FA Cups. Although his goal return was actually questionable, Ballack demonstrated just what he is all about with his all-action and no-nonsense displays.

The second City player to make the cut, Leroy Sane has simply dazzled and wowed Premier League fans since he signed in for Pep Guardiola’s men in 2016. The attacking-left winger quite literally has it all in his locker. Pace, technically gifted, agile and with a keen eye for goal, Sane is arguably the best German import the Premier League has ever seen. It’s almost frightening when you realise Sane is still only 23, and he will only get better. He’ll be an integral part for City’s European assault and you can bet on UEFA Champions League on Betfair right here.