This is our match preview ahead of Chelsea’s Premier League clash with Wolves including team news, expected line-ups and predicted score

Chelsea will be looking to keep the pressure on the top four with a win over Wolves at Stamford Bridge on Sunday afternoon.

The Blues head in to the game tomorrow sitting sixth in the Premier League table but they are just six points adrift of third-placed Tottenham with two games in hand so the race for Champions League qualification is extremely tight.

With fifth-placed Arsenal taking on fourth-placed Manchester United at the Emirates in Sunday’s 4.30pm kick-off, Chelsea have the perfect opportunity to climb up the table with a win over Wolves in west London.

Maurizio Sarri has eased the pressure that was put on his shoulders following their League Cup final defeat to Man City as they’ve won their last four games in all competitions since the disappointment at Wembley last month.

However, Chelsea will face a tough battle against a Wolves side that arrive in the capital sitting eighth in the table after beating Cardiff City last weekend so they’ll be quietly confident of taking home a positive result.

Chelsea have no fresh injury worries to contend with but Sarri is expected to recall a number of players with the likes of Eden Hazard, Gonzalo Higuain and N’Golo Kante among those set to come back in after being rested for the Europa League win over Dynamo Kyiv on Thursday night.

Wolves will recall goalkeeper Rui Patricio after he was left out of the win over Cardiff last weekend but Ryan Bennett starts a two-game ban so Romain Saiss is expected to start in defence. 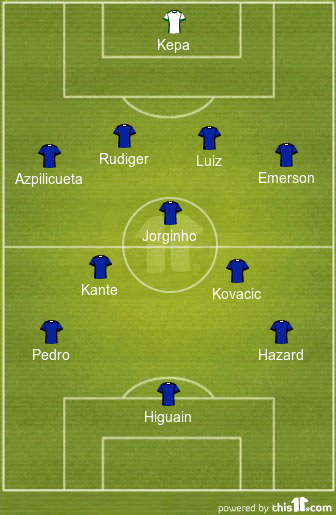 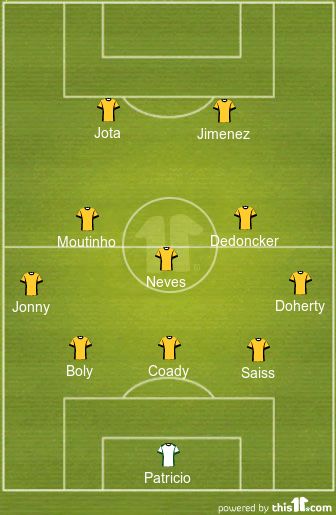 Chelsea 2-1 Wolves: The Blues have lost just one of their last 53 home league games against newly-promoted teams and Chelsea have won all four of their league games against Wolves at the Bridge. The visitors did win the reverse fixture at Molineux and they have a terrific record against the ‘big 6’ this season, however, I think Chelsea will have just enough to edge it 2-1.