This is our match preview ahead of Manchester United’s Premier League clash with Huddersfield at the John Smith’s Stadium on Sunday afternoon.

Manchester United will be looking to keep their top four hopes alive with victory over Huddersfield Town at the John Smith’s Stadium on Sunday afternoon.

United currently sit sixth in the Premier League table after wasting a great opportunity to close the gap on the top four after being held to a 1-1 draw by fourth-placed Chelsea at Old Trafford last weekend.

It means the Red Devils have won just two of their last seven games but all of their rivals have also been struggling of late so United are still in with a chance of snatching a Champions League qualification place.

Third-placed Tottenham lost at Bournemouth this afternoon so United can move to within two points of the north Londoners with a win over Huddersfield. If Arsenal and Chelsea also win their games on Sunday against Brighton and Watford then just three points would separate the four teams heading into the final day of the season.

All Man Utd can do is win their games and they should be confident of picking up all three points tomorrow as they’ll be up against a Huddersfield side who sit rock bottom having already been relegated after taking just 14 points from their 36 games so far this campaign.

Man Utd are set to be without Romelu Lukaku after the striker tweaked a hamstring injury during the draw with Chelsea last week and he’s expected to miss the final two games of the season.

Marcus Rashford will need to be assessed as he’s carrying a shoulder injury that forced him off against the Blues while Jesse Lingard, Chris Smalling and Paul Pogba will also face late fitness checks after missing training last week.

Eric Bailly is definitely out as the centre-back has been ruled out for several weeks with a knee injury, however, Phil Jones is back in contention after returning to full training and Alexis Sanchez is pushing for a recall.

Huddersfield welcome Aaron Mooy and Laurent Depoitre back into the squad following injuries but Mathias Jorgensen will miss the game due to illness. 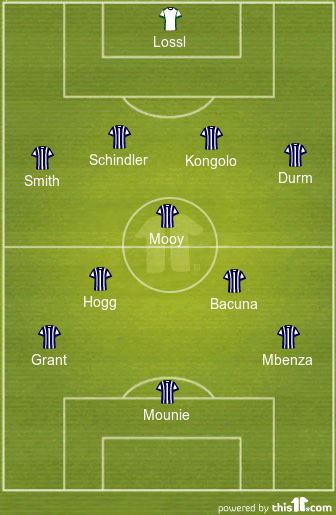 Huddersfield 0-2 Man Utd: Huddersfield have lost a staggering 14 home games already this season and 28 overall while they’ve only won one of their 13 top-flight meetings with Man Utd so all signs point to an away win. United haven’t been playing well lately and they have injury concerns to worry about but I still think they’ll have enough quality to get a routine win on Sunday.