This is a match preview ahead of Tottenham’s Premier League clash with Everton including team news, line-ups and predicted score

Tottenham will be looking to try and snatch third place on the final day of the season when they take on Everton at the New Tottenham Stadium this afternoon.

The Spurs squad will be in buoyant mood after they booked their place alongside Liverpool in the Champions League final with a stunning comeback victory over Ajax in Amsterdam on Wednesday night.

However, they must focus on Premier League matters this afternoon as Mauricio Pochettino will be keen end the the season on a high note as their domestic form has been woeful in recent weeks.

Despite losing three of their last four league games, Tottenham still head into the final game of the season in fourth place after Arsenal were held to a 1-1 draw by Brighton last weekend.

Spurs are three points ahead of their north London rivals with a +8 goal difference advantage so a point against Everton would guarantee fourth but even defeat should be enough as Arsenal would have to beat Burnley with an eight-goal swing across the two games.

Tottenham could yet take third as Chelsea are just one point ahead and face a tough trip to Leicester this afternoon so Pochettino will be keen to do their bit by beating eighth-placed Everton in north London.

Tottenham will be without Jan Vertonghen after he picked up an ankle injury on Wednesday night while Juan Foyth starts a three-game suspension following his dismissal against Bournemouth last week.

Hueng-min Son is also suspended while Harry Kane, Harry Winks and Davinson Sanchez are all on the sidelines through injury. Danny Rose and Victor Wanyama are also major doubts after picking up knocks in midweek.

Everton have problems in attack as Dominic Calvert-Lewin has been ruled out along with Richarlison while full-back Seamus Coleman is also a doubt with a groin injury. 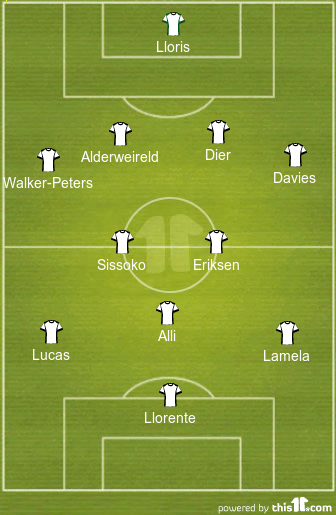 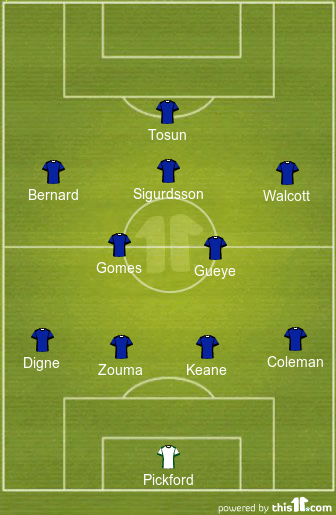 Tottenham 1-1 Everton: Spurs may find it difficult to be on top form after their heroics on Wednesday night but they’ll still want to end the Premier League season on a high and they’re unbeaten in their last 12 league meetings with Everton. However, the Toffees have been playing well recently and have kept eight clean sheets in their last 10 games so this won’t be an easy game for Spurs. I’m going for a 1-1 draw.