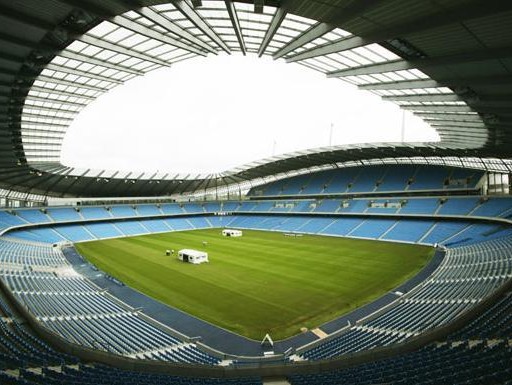 City began the defence of their title with a hugely impressive 5-0 demolition of West Ham last weekend with Raheem Sterling helping himself to a hat-trick at the London Stadium to send the Citizens top of the table after week 1.

Pep Guardiola knows his side will face a much stiffer test against a Tottenham team that reached last years Champions League final but Mauricio Pochettino will be hoping for a much improved performance from his players.

Spurs were forced to come from behind to beat Aston Villa on Saturday with Harry Kane bagging a late brace during the 3-1 comeback victory at White Hart Lane but it was a nervy display from the north Londoners.

Man City will once again be without Benjamin Mendy as he’s still nursing a long-term knee injury while Leroy Sane is also out for a couple of months with his own knee complaint.

Summer signing Joao Cancelo could make his debut while Sergio Aguero and Fernandinho are pushing for recalls after being named on the bench against West Ham.

Tottenham will have to make do without Hueng-min Son as the South Korean attacker completes a three-game ban so Lucas Moura is expected to keep his place in attack.

Dele Alli and Juan Foyth are also missing for Spurs but Ben Davies could return to the defence and Christian Eriksen is likely to be recalled after being named on the bench against Villa.

For those who plan to use a bookmaker to bet on this game you should have a read of gamblerock’s sportsbook reviews before placing any bets to make sure you use a reputable gambling site who offer competitive odds. There are plenty of excellent online sportsbooks to use but sports betting is a competitive industry and many sites offer huge welcome bonuses to new customers so it’s always worth doing your research before placing any bets.

This should be an interesting game but I think City will prove to be too strong for a Tottenham side that struggled for long periods against Aston Villa so I’m predicting a 2-1 home win on Saturday.

City are the 1/3 favourites with many bookmakers to win the match while Spurs can be backed at odds of 8/1. If you think the points will be shared then the draw is available at 9/2.

However, I think Man City will collect all three points and a 2-1 win can be backed at odds of 13/2 with many online betting sites. Aguero is a solid bet for first goalscorer and we combine that with a 2-1 City win we get excellent odds of 34/1.