Chelsea will be looking to become the first side to take points off leaders Liverpool this season when the two sides face-off at Stamford Bridge on Sunday afternoon.

Jurgen Klopp’s men have enjoyed a perfect start to the new Premier League season with last weekend’s 3-1 win over Newcastle United making it five consecutive wins so Liverpool will be hoping to maintain their 100% start with another victory tomorrow.

The Merseysiders may be unbeaten in the league but they did taste defeat in their Champions League group stage opener after losing 2-0 at Napoli on Tuesday night so Klopp will be demanding a response from his players – especially after they saw their lead cut to two points after Man City demolished Watford 8-0 this afternoon.

However, Liverpool will face a Chelsea side that are also smarting from a European defeat following their 1-0 loss at home to Valencia so Frank Lampard will be desperate to bounce back with a positive result against the league leaders.

Chelsea are expected to welcome N’Golo Kante back into the squad after he resumed full training following an ankle injury that’s kept him out for the last four matches and his return will be a huge boost for the Blues.

Mason Mount will be given a late fitness test after picking up a knock in midweek but Lampard suggested he’ll do all he can to get the midfielder fit as he’s made an impressive start to the new season.

Antonio Rudiger is set to miss out due to a groin injury while Ruben Loftus-Cheek and Callum Hudson-Odoi remain unavailable but Emerson is back in contention after recovering from a hamstring injury.

Liverpool will make a late call on Divock Origi after he missed the Napoli game with an ankle injury that he picked up against Newcastle. Naby Keita is back in training following a groin problem but Alisson Becker remains out with a calf injury. 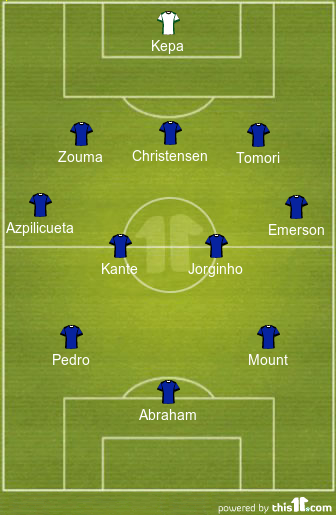 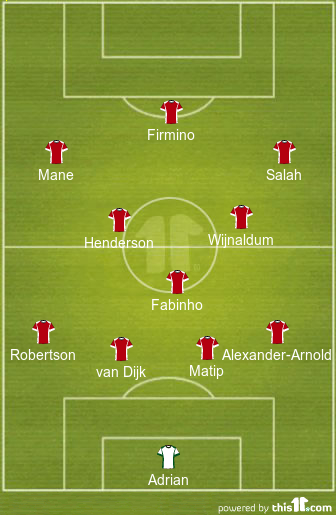 Chelsea 1-2 Liverpool: Chelsea have won just one of their last nine league meetings with Liverpool and the Reds are unbeaten in their last 22 Premier League games so the stats favour the visitors. Liverpool have won all five of their games so far and I don’t even think they’ve played anywhere near their best football yet, which is worrying for the rest of the league.

Lampard is trying to build a new-look team with an attacking style of play and I do think they’ll cause Liverpool some problems tomorrow. However, I just think the Merseysiders are more organised and with the likes of Mo Salah and Sadio Mane in attack, I feel Liverpool will edge it.