This is a match preview ahead of Arsenal’s Premier League clash with Sheffield United at Bramall Lane including team news, line-ups and predicted score

Arsenal will be looking for a win to move up to third in the Premier League table when they take on Sheffield United at Bramall Lane this evening.

The Gunners edged-out Bournemouth 1-0 at the Emirates Stadium before the international break to make it five wins from their last six matches in all competitions so the north Londoners should be in confident mood tonight.

Unai Emery’s men dropped out of the top four following the weekend action but they can climb above Chelsea and Leicester into third and move within one point of second-placed Man City with a win this evening.

Arsenal will take on a Sheffield United side who sit 15th in the division after drawing 0-0 with bottom side Watford two weeks ago but they could climb as high as seventh with victory over the Gunners.

Arsenal are set to welcome Alexandre Lacazette back into the squad after he recovered from an ankle injury that’s hampered him for the past six weeks. Emery confirmed at his press conference that he’ll make a late decision but Lacazette may not be deemed fit enough to start so a place on the bench is likely.

Emile Smith Rowe is also back in contention after recovering from concussion but he’s unlikely to be named in the squad while Reiss Nelson has been ruled out with a knee ligament injury.

Otherwise, Emery has a fully-fit squad to choose from with Hector Bellerin, Kieran Tierney and Rob Holding all pushing for recalls after recovering from lengthy injury issues.

Sheffield United will hand a late fitness test to Oli McBurnie as he’s carrying a knee problem while David McGoldrick and John Fleek will also be checked over due to knocks. 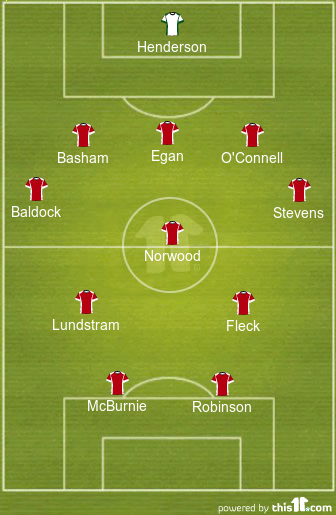 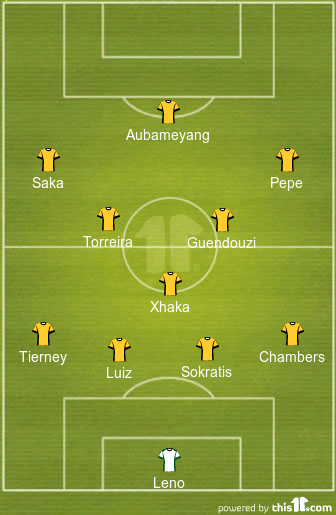 Sheffield United 1-2 Arsenal: The Gunners have a poor record in this fixture as Sheffield United are unbeaten in their last four league games between the two sides at Bramall Lane – although this is their first meeting since 2006. However, the Blades have lost their last three Premier League home games and Arsenal come into the match off the back of an eight-game unbeaten run in all competitions.

I do think Sheffield United will give Arsenal a good game tonight and they were unfortunate to lose against Liverpool recently but the visitors should have too much quality in the end. I’m going for a narrow Arsenal win.