This is our match preview ahead of Chelsea’s Premier League clash with Burnley at Turf Moor including team news, line-ups and prediction

Chelsea get back to Premier League action when they take on Burnley at Turf Moor on Saturday evening.

The Blues boosted their hopes of qualifying for the knockout stages of the Champions League with a hard fought 1-0 win over Ajax in Amsterdam on Wednesday night with Michy Batshuayi scoring a late winner.

However, the focus must now turn to domestic matters as Chelsea look to cement their position in the top four having leapfrogged Arsenal with a 1-0 win over Newcastle United at Stamford Bridge last weekend.

The west Londoners are level on points with third-placed Leicester but with Arsenal just two points behind in fifth, Chelsea need a win over Burnley to guarantee they remain in the top four for another week.

But Frank Lampard knows it won’t be an easy task as Chelsea face a Burnley side who are eighth in the table following an impressive start to the season – although Sean Dyche will be looking to get back on track after losing at Leicester last time out.

Chelsea will once again be without N’Golo Kante as the midfielder is still working his way back to full fitness from a groin injury that he sustained while away with the France squad during the international break earlier this month.

Antonio Rudiger is back in training after missing the last four games with a groin problem but the centre-back is still lacking match fitness while Andreas Christensen remains on the sidelines with a thigh injury.

Ross Barkley missed the trip to Ajax in midweek after picking up an ankle problem last weekend and the midfielder won’t recover in time to face Burnley on Saturday.

Emerson Palmeiri and Christian Pulisic are pushing for recalls if Lampard wants to freshen things up.

The hosts will hand a late fitness test to Chris Wood as he’s a doubt with a hamstring injury but Ashley Barnes and Jack Cork are expected to recover from knocks to take their place in the Burnley squad.

Johann Berg Gudmundsson has been ruled out with a hamstring issue and Danny Drinkwater won’t feature against his parent club. 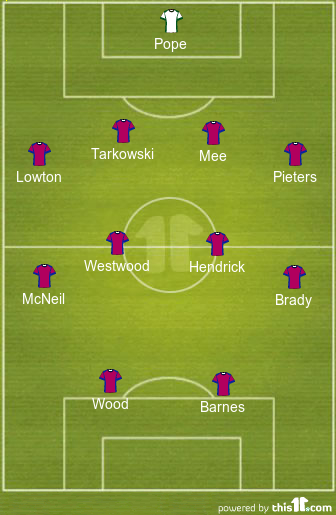 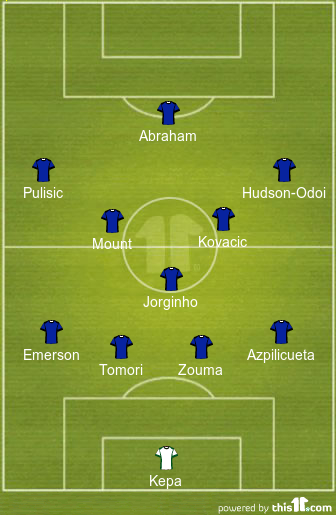 Burnley 1-2 Chelsea: This will be a tough game for Chelsea as Burnley are grinding out results this season and were unfortunate to lose at Leicester last weekend. However, the Blues have an excellent record against the Clarets as they’ve lost just one of the last 10 Premier League meetings.

Lampard’s side come into the game off the back of three consecutive victories in all competitions so they should be in confident mood. As long as Wednesday’s Champions League clash with Ajax didn’t take too much out of them, I think the visitors will edge it on Saturday evening.