This is our match preview ahead of Arsenal’s Premier League clash with Wolves at the Emirates including team news, line-ups and prediction

Arsenal will look to put a turbulent week behind them when they take on Wolves at the Emirates on Saturday afternoon.

The Gunners blew a two-goal lead to draw 2-2 with Crystal Palace last weekend and the fans were left incensed after the VAR ruled out what looked like a perfectly legitimate late winner from Sokratis.

The match was overshadowed by an ugly incident involving Granit Xhaka as he clashed with the Arsenal supporters while being substituted and Unai Emery has confirmed his captain won’t be involved this weekend.

Arsenal then let slip a two-goal lead twice and conceded a stoppage time equaliser to draw 5-5 with Liverpool before eventually losing on penalties to crash out of the Carabao Cup on Wednesday night so it’s been a difficult week at the Emirates.

Emery is under increasing pressure to turn Arsenal’s season around as they sit four points off the top four but this won’t be an easy match against a dangerous Wolves side who usually up their game against the big-boys.

Arsenal have virtually a full strength squad to choose from as Reiss Nelson is the only injury absentee as he continues to overcome a knee ligament problem that’s hampered him for the last month.

Emery is set to make changes to his side after resting key players in midweek with the likes of Bernd Leno, Kieran Tierney, Sokratis, David Luiz, Matteo Guendouzi, Nicolas Pepe, Alexandre Lacazette and Pierre-Emerick Aubameyang expected to be recalled.

Xhaka won’t be involved but Mesut Ozil should keep his place in the squad after making an excellent return to the side against Liverpool – although I’m not convinced Emery is ready to make him a regular again in the league just yet.

Wolves will be without Willy Boly due to a shin injury while Ryan Bennett is out with a groin problem and Morgan Gibbs-White is set to miss the trip to north London with a back complaint.

Boss Nuno Espirito Santo will recall a number of players after making wholesale changes to his starting eleven for their Carabao Cup clash with Aston Villa in midweek. 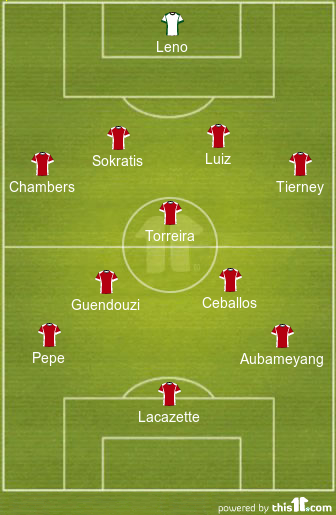 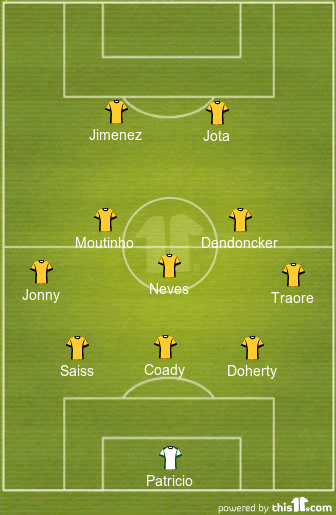 Arsenal 2-1 Wolves: Arsenal have won just one of their last four Premier League games against Wolves and the visitors won the last meeting 3-1 back in April so this will be a stern test for Emery’s side. However, I actually think the absence of Xhaka will help Arsenal tomorrow as the team will be more balanced in midfield and with the likes of Aubameyang, Lacazette and Pepe providing the firepower, I think the Gunners will have enough quality to secure the three points.