Everton FC: A Dream Start To The Season 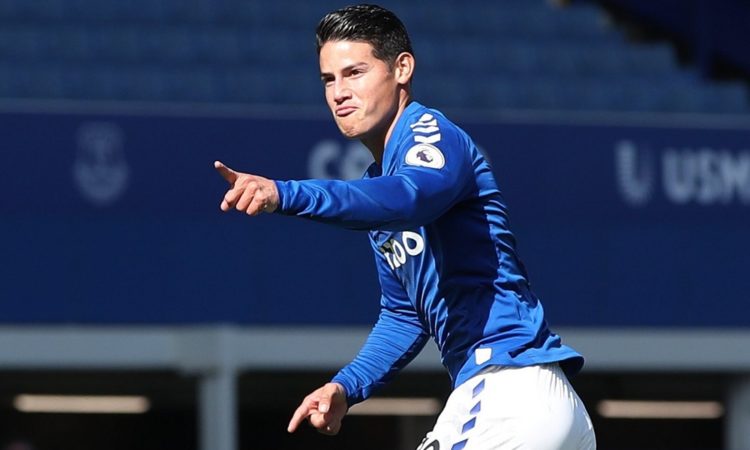 Everton FC, known locally as ‘The Toffees’, under the command of club boss Carlos Ancellotti, has used the delay to its advantage and made some significant changes: making new signings, transfers out and boosting team numbers. Controversially, Ancellotti has created the ‘Dream Team’ over lockdown.

Now that the Premier League is up and running, the lack of spectators won’t be the only major changes we’ll see this season. Everton’s manager Carlo Ancellotti opened with a good pre-season at Goodison Park; leaving his mark by making a few big moves, adding more players and removing a few players that failed to impress.

Let’s visit a detailed look at the strategy that will see Everton trailblazing into the history books.

Everton Introduces a key addition, former Napoli midfielder Allan Marques Loureiro, better known as ‘Allan’. Ancellotti and Allan met in Naples in 2018, Ancellotti was impressed with the way Allan played the field and brought him to Everton – even though Allan was still in contract to Napoli until 2023.

Calling Ancellotti ‘Professor’ in his latest interview, the Brazilian football player said that he didn’t think twice when signing the contract as he admires the club boss and believes that he will lead them to victory. Hailed as the boost that ‘The Toffees’ need, it’s hoped that Allan will play a key role in their success.

Another new member of the team is James Rodriguez. Rodriguez, formerly of Real Madrid, is well known to Ancellotti. Signed three times previously, the Colombian will help Everton in its bid for success for the new season. Rodriguez is fondly known as the man with the golden left foot, and fans are hoping this season that he will find redemption on the field after a previous rocky season at Real Madrid.

This football star now has his time to shine, and as part of the ‘Dream Team’ and there’s no doubt that he will prove himself on the field and help The Toffees win the Premier League.

Abdoulaye Doucouré is the last member of the trio that Ancellotti introduced for work in the new season. Eager to get on the field and do his bit, Doucoure comes with plenty of energy and power that will be a key weapon for the team when it comes to match day.

Doucouré was awarded the ‘Player of the Season’ title by his former club Watford at the end of the 2017–18 season. He joined Everton in September 2020 completing the dream team.

The season started well, with Rodriguez scoring the first goal of the season. Rodriguez continued to prove himself throughout the game against Brighton as the team went on to win 4-2.

Not to be left out, Doucouré proved himself to be a key member of the team in the latest match against Liverpool as he epitomised his team’s growing strength on the field, scoring in the last five minutes before the break.

As Doucouré and Allan put pressure on Liverpool players Fabinho and Thiago in midfield, Rodriguez sensed that his moment was near. Proving that this terrific trio was one of Ancelotti’s most significant moves for the club, scoring two goals against Liverpool. While this was not a win but a draw, the points gained put Everton at the top of the leaderboard.

The outcome left Ancellotti to receive praise from the fans for this strategic move. All three players have played pivotal roles in the success of Everton this season by winning all seven games. History has been made: and Ancellotti isn’t planning on it being the last time. Onwards and Upwards for the team in blue.

Sadio Mane, another strong player, won player of the match for his goal after two minutes and 15 seconds into the kick-off.

Many fans have noticed a few missing team members this season – some through illness others through the Ancellotti reshuffle. Morgan Schneiderlin was one of the absentees from the opening match. He had a promising start when he joined the team but due to a decline in form over the last year has been dropped.

Another absent member was Theo Walcott. After leaving Arsenal for Everton back in 2018, the English forward has been a disappointment, reporting terrible stats by scoring only ten goals in the last two years.

Causing disappointment is also true of midfielder Gylfi Sigurdsson. The 30-year-old has experienced a significant drop in his gameplay this year. Many believe it wise for Everton to drop him before his value decreases. With that drop in value estimated at £12 million, some say Sigurdsson should quit while he’s ahead.

After studying the strategy it appears that Everton’s primary goal is to drop some of the club’s high-earning, yet under-performing, members this season. By adopting this method Ancellotti hopes to win. All we can do now is keep an eye on the transfer window opening in January 2021 to see if the speculation surrounding Schneiderlin, Walcott and Sigurdsson is correct.

Proving that Everton FC has had a dream start to the season. Long may it last.