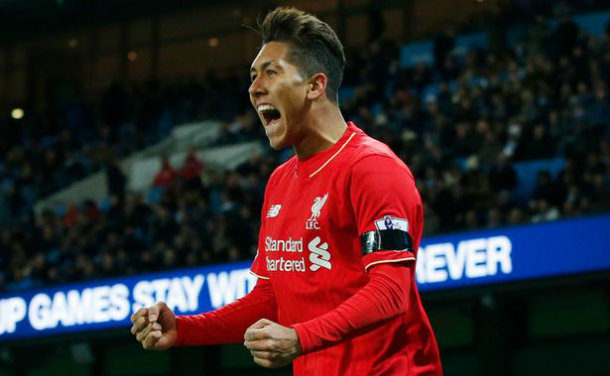 “I’m not worried about the corner because Tottenham are dominant in the air.” Those are the famous last words of former Spurs manager Tim Sherwood. Rising like a salmon returning to his birthplace, Roberto Firmino powered in an exceptional header in the final moments of last night’s match.

For Tottenham’s fans, it was a dagger to the heart. For Jose Mourinho, it was another excuse to play the passive-aggressive blame game. And for Jurgen Klopp’s men, it was cause for celebration. But not only because the Anfield-based outfit is top of the table and three points clear.

No, the win over the side that appears to be their closest rivals puts them in the driving seat for back-to-back championships. Here’s why.

They Are Finally Favourites

Considering that Manchester City have been pretty poor this season – that’s without factoring in the 1-1 draw at home to West Bromwich Albion – you might find it surprising that the bookmakers have selected the Etihad Stadium as the most likely destination for the Premier League trophy. However, Liverpool’s dominant performance over Spurs caused a shift.

Currently, it’s last year’s champions who are deservedly at the top of the list of outright winners, with City and Tottenham trailing behind them. The odds are quite definitive, too, with Space Casino football betting rankings putting them at 13/10, compared to 9/4 for Pep Guardiola’s men and 6/1 for Harry Kane and Co. This is an ominous sign for the rest of the league.

Liverpool Got the Rub of the Green

Let’s face it – if Steven Bergwijn’s second-half effort goes in, the game is a completely different story. Spurs, lightning-quick and clinical on the counterattack, would have sat deep, forcing Liverpool to press further up the pitch in search of an equaliser, leaving the spaces for Kane and Son Heung-min to exploit. However, it didn’t hit the back of the net.

Instead, his shot rebounded off the post and was cleared for a corner. Why is this significant? It’s because the way this Liverpool team plays requires a healthy dose of good fortune, something they’ve missed this year with injuries and virtual assistant referee checks. The VAR results have cost the Reds in games against Brighton and City, but Eurosport highlights how it was most notable in the Merseyside derby against Everton. With the squad’s luck changing, Liverpool are clear title contenders.

And it couldn’t be at a better time for the team. Christmas is always a tough period in the Prem but Liverpool have swerved their biggest hurdle for the rest of the year. From now until the end of December, the Reds face Crystal Palace, West Brom, and Newcastle, games they are expected to win.

It’s not until the New Year when they play rival clubs within the big six, such as Manchester United, Man City, and the reverse fixture at Spurs’ Tottenham Hotspur Stadium. However, this Liverpool Echo post believes key players like Alex Oxlade-Chamberlain, Joel Matip, Naby Keita, and Thiago Alcantara should be back to full fitness. Hopefully, for Liverpool fans, this should give them an edge.

Everybody else will hope the title race goes down to the wire. One thing’s for sure, the journey will be unpredictable.