[HIGHLIGHTS] The United Fortress Keeps Out Chelsea & Steals The Trophy

As Javier Hernandez performed his routine pre-match prayer on the white chalk of the half way line, Manchester United fans prayed with him. They prayed that this United side would play their best football, attack Chelsea and get the win. As the young … 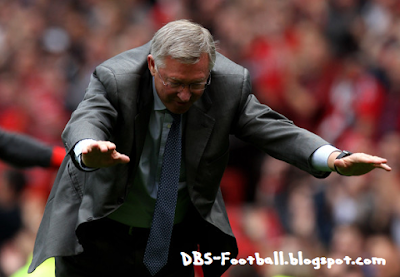 As Javier Hernandez performed his routine pre-match prayer on the white chalk of the half way line, Manchester United fans prayed with him. They prayed that this United side would play their best football, attack Chelsea and get the win. As the young Mexican stood up before the 70,000 strong Old Trafford crowd, he couldn’t have possibly of imagined that his prayers would be answered so quickly and so brilliantly.

30 seconds in, and Ryan Giggs fed the ball neatly to Ji Sung Park through the middle, who spotted the run of Hernandez ahead of him, and aimed the pass to his young striker. Beating the off-side trap, Hernandez was almost one on one with Cech, and whoever he prayed to helped him as David Luiz’s attempted sliding interception only pushed the ball into a better position for United’s ruthless striker to take on. He already had 19 goals this season, and the £6 million signing was not going to miss the chance to take his 20th, sweeping the ball passed Cech into the bulging net.

Old Trafford, the United stronghold all season, packed with unbelievable support, were absolutely stunned. They had hoped for a win, but never thought it would come so soon. The crowd erupted in joy, and the outstanding support continued throughout the rest of the first half as United completely dominated Chelsea. The wait for the second goal wasn’t very long at all, with Ryan Giggs getting round his man with ease on the left to float a beauty of a cross into the danger area for anyone to get their head on.

Who wanted the ball on their head, and who would do anything to get in the position to head it? Who wouldn’t care if a boot full of studs was thrust into his face and blood was shed everywhere? The fearless captain Nemanja Vidic. He burst passed his marker and catapulted his head onto the ball which consequently flew into the back of the net.

Two goals up, the crowd and players overcome with adrenaline pumping around their bodies, and Chelsea looked beaten already. But they put up a fight. Chelsea continued to threaten, coming forward to attack the defence and grab a goal to secure some hope in this game and the title race as a whole. But by the end of the half, nothing had come. By the end of the half, United were two goals up, heads up, and confidence higher than the unbelievable stack of trophies Sir Alex Ferguson has collected over the past 25 years.

The second half was a different story. However, it certainly was not a bad story for United, who kept solid – kept United, and stayed strong against a determined to the end Chelsea side. It was much harder for United in the second half, and when Frank Lampard grabbed a goal with about 20 minutes left, there were of course, but clenching moments for United fans.

Sweaty backs, chewed fingernails and a thumping heartbeat were on the menu for the final minutes, with the possibility of being six points clear of their opponents and one huge step closer to a historic 19th title fighting to be at the front of fans’ minds. Everyone knows about Chelsea and late goals, and with chances being missed again and again to wrap the game up from United, it could have so easily have been a draw.

But no, United held on. Stunning performances all over the pitch were on show, from the tireless and absolutely superb wingers of Park and Valencia, as well as a brilliant midfield pairing of Giggs and Carrick, with the former helping to create both of United’s goals. The defence were immense, as usual, and Edwin van der sar was on hand as he always is, to stop the sometimes unstoppable. It is a team to be proud of, a manager to look up to and be honoured to call your sides boss, and another historic day for Manchester United.

Manchester United are now one point away from the trophy, and with the remaining two games being against Blackburn and Blackpool, the Red Devils will be supremely confident of achieving that point, but will be aiming for all the six possible.