What a disappointment. Just a few days ago, I felt sure Manchester United had discovered the new midfield superstar, with the on field stance similar to that of Cristiano Ronaldo and dribbling skills resembling that of Lionel Messi. There were reports… 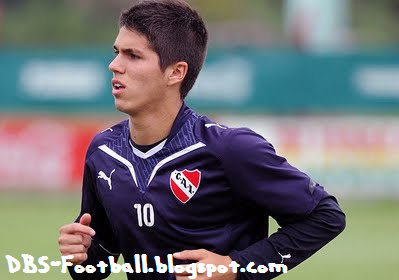 What a disappointment. Just a few days ago, I felt sure Manchester United had discovered the new midfield superstar, with the on field stance similar to that of Cristiano Ronaldo and dribbling skills resembling that of Lionel Messi. There were reports that Manchester United were in talks with the young Argentinian Pato Rodriguez, and a work permit was the only thing that stood in the way of a move to the Theatre of Dreams, but it has emerged that there is more than just a work permit which separates them, but a gulf of class, and the harsh, bare truth.

Watching little snippets of brilliance on YouTube excites many a football fan, especially when the videos on screen show a scrawny young foreigner skipping round defenders with apparent ease and gliding blissfully around the goalkeeper to finally tap the ball into an unoccupied net. It is a joy to behold. But realistically, did we imagine that Pato Rodriguez performed like that every game consistently? Deep down, not really, and after an article came to my attention by Tor-Kristian Karlsen, who has actually seen and scouted the player, the truth was uncovered.

In this article, Karlsen explains that the transfer stories, of which there were few in England, were simply leaked by the players father and the player himself, to create a buzz around Rodriguez and help to increase his transfer price and demand. The general tone of the article clearly tells of the fact that Pato Rodriguez is far from the finished article both physically, mentally and tactically. He performs far better on the training field than in a competitive football match, and often drifts in and out of a game, with very few highlights.

In a telling sentence which crushes the excitement around the 21 year-old, he writes “Patricio Rodriguez is far away from Manchester United’s class.” It’s a good read, very interesting and insightful and I recommend it if you would like to read more about Rodriguez and his performances and progress (or lack of). It is here.

So there you have it. Another hyped up player who was built up only to disappoint, and in fact is probably no better than some of the potential Manchester United have in their reserve side. I sincerely apologise if I got peoples hopes up in the previous article about the player, but I was indeed too, very excited about the prospect of a “new Messi” at United, but in fact the shows of brilliance on YouTube apparently misled us all.