When you are forced to say goodbye to arguably the best midfielder of his generation, it doesn’t come as any great surprise that you are hard pressed to find a replacement worthy of filling his legendary boots. Despite hoping that every year he wou… 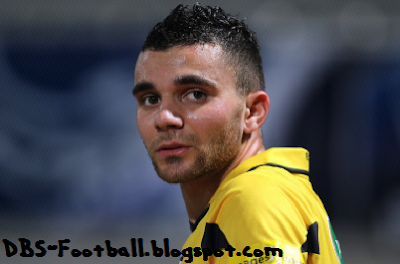 When you are forced to say goodbye to arguably the best midfielder of his generation, it doesn’t come as any great surprise that you are hard pressed to find a replacement worthy of filling his legendary boots. Despite hoping that every year he would extend his stay, the announcement of Paul Scholes retirement came as no surprise to Manchester United fans who had expected the sad day to come for a few seasons. It has however, prompted the endless transfer rumours to circle continuously as to who Sir Alex Ferguson would buy to replace the 17 season hero of Paul Scholes, and I am here to add to report an addition to the list of possible replacements.

Wesley Sneijder is seen as United’s prime target, considered by many as the perfect fit for the club – a quality, experienced midfielder in his prime who would slot like an old jigsaw piece into the United side to do what he does best; create chances and score goals for his team mates. However, the old, experienced Sir Alex Ferguson would be a fool (and he isn’t) if he didn’t have a back up plan if a Sneijder deal were not to materialise. Indeed, reports today confirm that Sir Alex is no fool, by linking United with a man who is literally the perfect fit for Paul Scholes, in that the pair are separated by half an inch of an inch in height.

That man is Marvin Martin, a 23 year-old Frenchman currently playing for the Ligue 1 side Sochaux. He had a stunning season last year, especially in terms of what United would be looking for; creativity. Four Goals (one of which was a stunning chip from the edge of the area), and an extremely impressive 17 assists. Indeed, the player himself confirmed in an interview in May that to create goals is his role in Sochaux: “that’s my role in the team. I’m here to try and create goals.”

Martin was nominated for Frances Young Player of the Season award, which was eventually won by the Arsenal target Mamdou Sakho, and has been described as a player “very good technique on the ball” and “excellent vision”, and is a very good passer of the ball from watching his highlights. His to “stardom”, if you like at Sochaux has been very quick, yet from reading his interviews, he seems a very down to earth and grounded young man, who is not phased by the links to big clubs. When the interviewer was bigging him up, Martin responded maturely: “Let’s not get carried away! I’m still a long way off being a star.” and on that wonderful goal he scored said: “But one goal doesn’t make a career!”

United could do far worse in this young man. Apparently, there are a few French clubs understandably interested in signing the player, with a £7 million bid from Lille already being rejected. Despite the Sochaux club president retaliating angrily to French clubs’ interest in Martin, saying: “I repeat for the 18-millionth time: Marvin is staying.”, it is thought that the club would seriously consider a bid of £15 million – far cheaper than the £35 million plus that Manchester United would have to pay for Wesley Sneijder.

While Manchester United’s own youth, particularly Tom Cleverley may have the potential to replace Paul Scholes, United fans would be a touch disappointed if a top quality, proven talent is bought in to play in the creative midfield role. The Wesley Sneijder deal has become slightly more likely in recent days, with him speaking in “Cristiano Ronaldo style” about his future; “only God will decide my future”, but it still remains a deal far from completion. If Sir Alex really has come across Martin from scouting him, then I suggest, in my opinion, for £15 million, it would be an absolute steal, and United would get a player who has a lot more years in him while possessing the top quality needed.

Below is a video of some of Martin’s assists, and it has the chip I was raving about in there too. Excuse the odd Pirates of the Caribbean theme music: