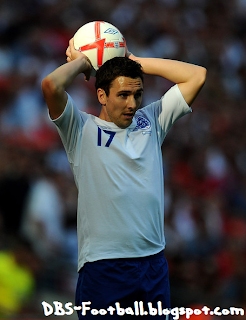 Arsenal and Liverpool’s chase for Aston Villa’s Stewart Downing has taken a blow, with the new and controversially instated Villa manager highlighting how important Downing is for Villa, and that there is “no chance” of him wanting to sell the English left winger. McLeish said:

“No chance do we want Stewart Downing to go. We certainly don’t want to lose Stewart. He’s a top player.”

“I need to see what Stewart’s thinking when he comes back because I know that he made some comments when he was away on England duty.”

Despite the Villa manager’s comments, it will be a tough job in keeping Downing at the club, who has already expressed his desire for better things. Arsenal would be a likely challenger for his signature, with Arsene Wenger said to be interested in adding to his Arsenal side. As I have said before, if Arsenal were to show an interest, they would surely be the favourite for Downings signature after he said:

“The most important thing is to play football, but I do want to play in the Champions League at some point.”

Liverpool have been looking for wingers to provide for their two relatively new, big money signings in Andy Carroll and Luiz Suarez. Stewart Downing has been a major target for Liverpool, with Kenny Dalglish rating the 26 year-old former Middlesbrough player highly. The Liverpool manager has had his other targets, including Downing’s Villa team mate, Ashley Young and Newcastle’s new free signing, Sylvian Marveux.

McLeish is resigned to losing Ashley Young to Manchester United. The former Watford winger is said to have agreed all of the necessaries, and only Young’s holiday has delayed the move to United. McLeish explained:

“It’s not confirmed yet but it does seem likely. In my humble opinion it will be very difficult [to keep hold of him].”