What To Make Of Arsenal’s Interest In Odemwingie & Eto’o

As I reported in a post yesterday, Peter Odemwingie of West Brom has been left a little angry and frustrated by Arsenal’s wage offer which the Nigerian striker considered as “peanuts”. There was a mixed reception to the comments from a source close to … 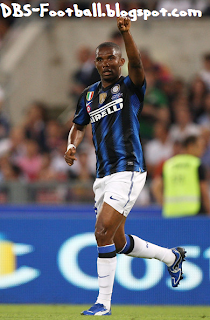 As I reported in a post yesterday, Peter Odemwingie of West Brom has been left a little angry and frustrated by Arsenal’s wage offer which the Nigerian striker considered as “peanuts”. There was a mixed reception to the comments from a source close to the player, with some Arsenal fans similarly as dissatisfied as Odemwingie with the offer, saying that the West Brom striker is a very good player and one who could add a lot to the Arsenal side – more than the outgoing and higher paid Nicklas Bendtner. Others felt that that Odemwingie wasn’t worth Arsenal’s interest, and felt he should take the chance of an Arsenal offer immediately simply because it is a massive opportunity, despite the wage differences.

There was also however, a small outcry for Wenger to pull his finger out and try and spend some money on his main targets, rather than rubbing the club and the player up the wrong way by offering money which isn’t substantial for either the player or the club.

Odemwingie’s attitude towards his offer doesn’t really spell good news for any possible Arsenal offer for Samuel Eto’o, who has expressed an interest in transferring to the Premier League. The Inter Milan striker said: “I am now 30 years old and it is very important for me to think about my future before I sign what could be my last contract. I have already shown that I have what it takes to play in Italy and I now have the idea of proving myself in England.”

While Eto’o isn’t a typical Wenger signing considering his age, the Cameroon international has what many Arsenal fans have been crying out for for a while; world class, experience and a proven goalscorer. It is in stark contrast to Nicklas Bendtner, who has hardly shown the goalscoring form which Arsenal look for to pair Robin van Persie up front. Having a three time Champions League winner, with 250 professional goals to his name throughout a 15 year period as well as several Championship trophies in Spain and Italy is an immediate attraction for Arsenal.

However, if Arsenal cannot even offer Peter Odemwingie a salary which satisfies him, or surpasses a newly promoted club in West Brom in a wage offer, how will Wenger react to Eto’o’s huge wage demands? The former Barcelona striker gets paid around £7 million a year at Inter, and although Arsenal have been given the backing by shareholders financially, that is a wage packet which Wenger may not approve of.

Arsenal spent £111 million on wages in 2009, and earlier this year, the only Arsenal player in the top 50 football earners was Andrey Arshavin, who came in at number 47, earning just over £4 million per year. With Samir Nasri’s current demands, an Arsenal player may soo be going up in those rankings, but with Eto’o up in 4th place behind Ronaldo, Messi and Ibrahimovich, it looks as if Eto’o would be out of Arsenal’s league unless the player is prepared to take a massive pay cut.

At the moment, we don’t know how much Arsenal offered Odemwingie in wages; it could be that the player is a little over ambitious, or over rated himself, and is being greedy. We also don’t know if Arsenal have shown any interest in Samuel Eto’o; it could be that Arsenal will come back with an improved bid for Odemwingie, or perhaps focus on bringing Radamel Falcao to the Emirates.

So despite all the speculation surrounding Samuel Eto’o’s future, I think it is highly unlikely that Arsenal, and Wenger in particularly, would be prepared to break the bank and splash out a huge amount for the striker, but instead going for a lesser high profile player with lower wage demands. That, although some may be disappointed is by no means another Wenger bottler, because there would be very few clubs out there willing to equal or top the millions in salary.