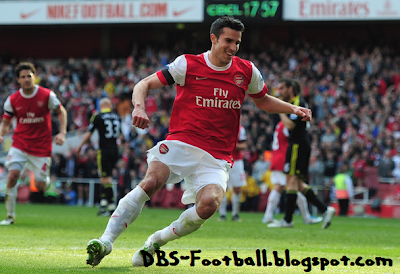 This is surely getting ridiculous now. Arsenal are, according to Arsene Wenger, very busy on the phone sorting out transfers, whether it be new recruits, or using his skills of persuasion to keep players at the club. Those skills will however, be working overtime if reports are believed that yet more Arsenal players may be leaving the club this summer.

Gael Clichy is close to a move to Manchester City, which will see his weekly wages increased by over £30,000, while Samir Nasri is the subject of a transfer battle between Manchester United, City, Chelsea and pretty much any other club who can afford his £18 million asking price and £130,000 a week wages. Couple that with Cesc Fabregas and his own little transfer saga which has lasted for the past few years, who finally seems to be preparing to move back to his home town club, Barcelona, and it isn’t looking good on the Arsenal departure front.

That of course, together, is enough bad news for Arsenal fans to take, with the prospect of their captain, their player of the season and their long serving left back possibly leaving. But now there is more. More bad news to digest. More players possibly leaving.

The sources of these rumours made in the tabloids are by no means reliable, so the fact that they have claimed Theo Walcott is the subject of interest from Chelsea and Robin van Persie is considering his future at the club must be taken with a pinch of salt.

The Mail said of Walcott: “Chelsea are about to add further misery to Arsenal’s summer by launching a bid for Theo Walcott.”

The Star claims that van Persie “is deeply worried at the prospect of the club’s big players being sold and promising prospects – rather than star names – being signed to fill their places.”

In 2009, both players signed new long term deals to stay at Arsenal, with them both expressing their desire to stay at the club for many years to come. Van Persie stated that he couldn’t picture himself in another shirt other than the Arsenal kit, while Walcott told of his excitement for many more seasons to come at Arsenal under “the best manager in the world” in Arsene Wenger.

It’s a huge change in direction if we are to believe these new reports of their apparent rethink on the situation at Arsenal, but with three of their top players, and big characters in the Arsenal dressing room close to the exit door, it is understandable that they may be looking to follow. It is vital to keep hold of your best players at any club, as selling them and not replacing them with equals or better shows a lack of ambition, and in a footballer short career with limited years to win trophies, ambition is key.

It isn’t a great position for Arsene Wenger to be in. He’s looking for players to come in an bolster his squad after another season of disappointment, and would rather be building a team instead of seeing it dismantled. Insult would be added to injury if Arsenal were to sell their top players to their fellow Premier League competitors including Chelsea and Manchester United.