Man Utd completed the signing of Marcos Rojo last night for a fee of €20m, with winger Nani heading back to Portugal on a season long loan as part of the deal.

The summer transfer window is now reaching its climax and managers are working hard to make some last minute additions to their squad, so we’ll bring you all the latest news and gossip. Today, Manchester United complete the signing of Marcos Rojo.

Manchester United completed the signing of Marcos Rojo from Sporting Lisbon last night for a fee of €20m, with winger Nani heading back to Portugal on a season long loan as part of the deal.

The Argentine defender has been strongly linked with a move to Old Trafford in recent days and the two clubs confirmed on Tuesday that they had agreed a deal for the 24-year-old’s transfer.

Photos then emerged late on Tuesday night of Rojo on board a private jet en route to Manchester to undergo his medical and discuss personal terms with the Red Devils.

Those formalities were concluded on Wednesday and United announced last night that the defender had become their third major signing of the summer after penning a five-year contract.

After completing his move, Rojo told the clubs official website that he’s honoured to be a United player and play in the best league in the world.

“It is such an honour to say that I now play for Manchester United. The Premier League is the most exciting league in the world and to have the chance to play in it for the world’s biggest club is a dream for me”

“I am young and am very keen to continue to learn the game, so playing for such an experienced technical coach as Louis van Gaal is a fantastic opportunity for me. I have joined United to work hard with my team-mates to win trophies and I know that the manager shares that ambition.”

Rojo is a versatile defender who’s long-term position is likely to be on the left side of Louis van Gaal’s new-look back three, but he may play as a left wing-back while Luke Shaw is out injured.

The former Spartak Moscow ace has just come off the back of an impressive World Cup where he played in six games to help Argentina to the final, where they eventually lost out to Germany, and he’s been excellent for Sporting in recent seasons so I’m sure he’ll be a great buy for the former champions.

Here are some images from ManUtd.com of Rojo in his new colours. 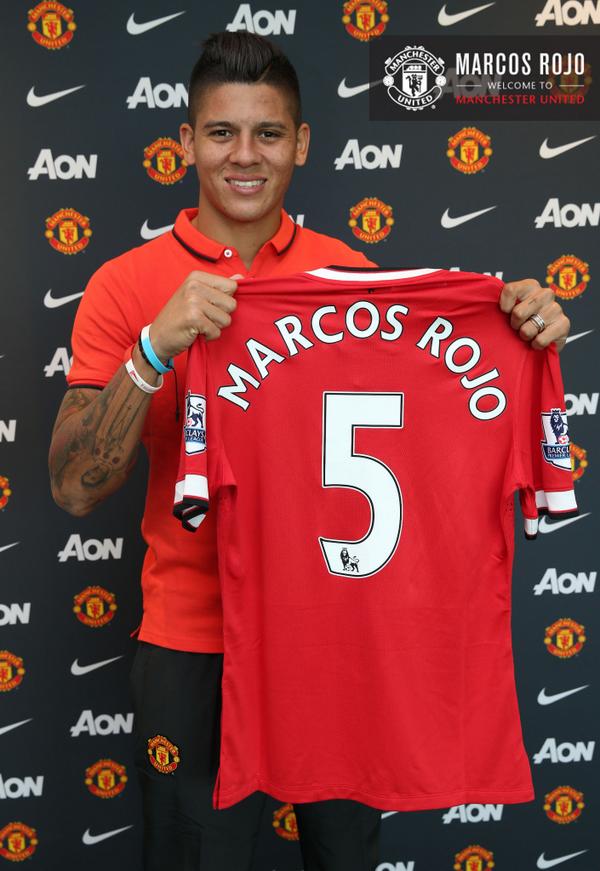