Marcos Rojo has arrived in Manchester to undergo a medical and discuss personal terms ahead of a €20m switch to United from Sporting Lisbon. See photos here.

The summer transfer window is now reaching its climax and managers are working hard to make some last minute additions to their squad, so we’ll bring you all the latest news and gossip. Today, Marcos Rojo arrives to complete his move to Man Utd. 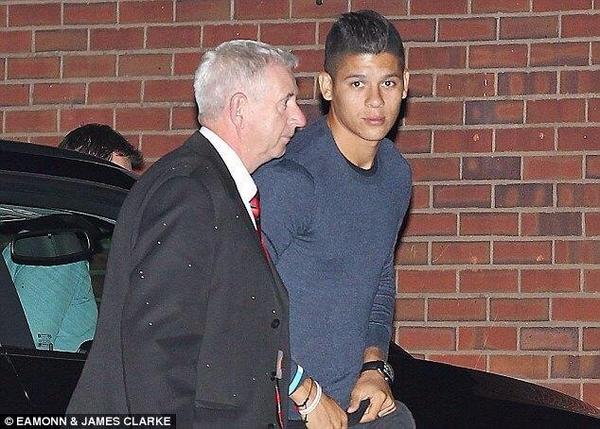 Marcos Rojo has arrived in Manchester to undergo a medical and discuss personal terms ahead of a €20m switch to United from Sporting Lisbon.

The Argentinean international has been strongly linked with a move to Old Trafford in recent weeks and even went on strike for a short time in order to try and push through a move after Sporting had initially rejected United’s offer.

However, after further negotiations, the clubs confirmed on Tuesday night that an agreement has been reached that will see United pay €20m (£16m) for the 24-year-old defender, while out-of-favour winger Nani will also join Sporting on a season-long loan as part of the deal.

Soon after the announcement, Rojo posted a photo on Instagram of him on a private jet along with his agent Carlos Goncalves en route to Manchester, and an image (above) then emerged of the player arriving in England to undergo his medical and discuss personal terms.

Once the move is completed, Rojo will provide Louis van Gaal with vital options as the back as he’ll be able to play as a left-sided centre-back in the Dutchman’s 3-5-2 formation while he’s also capable of playing as an attacking left wing-back while Luke Shaw is on the sidelines. 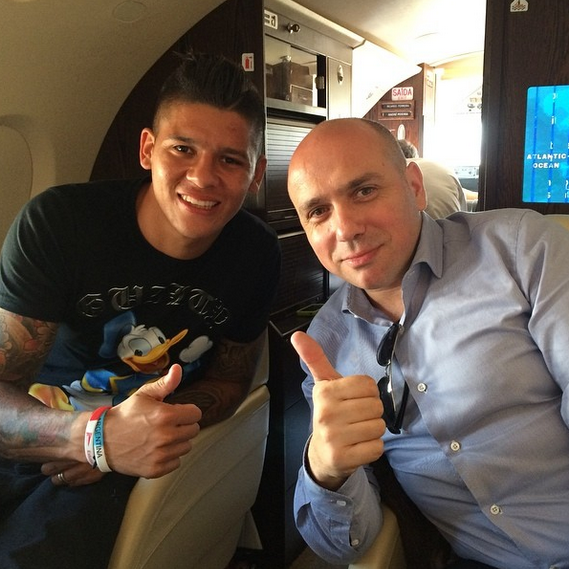