Italian international Mario Balotelli has completed his proposed £16m move to Liverpool from AC Milan, the Merseyside club have confirmed this evening.

ShareTweet
Prev1 of 8Next
Use your ← → (arrow) keys to browse

The summer transfer window is now reaching its climax and managers are working hard to make some last minute additions to their squad, so we’ll bring you all the latest news and gossip. Today, Liverpool have completed the signing of Mario Balotelli from AC Milan. 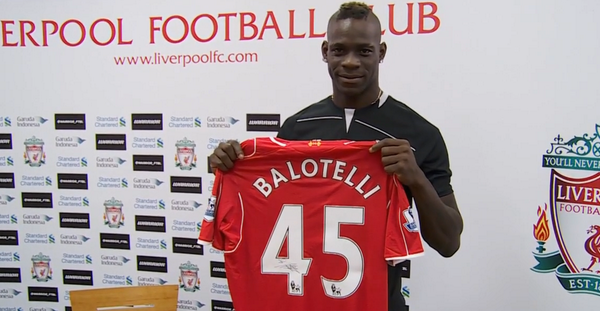 Mario Balotelli has completed his proposed £16m move to Liverpool from Italian side AC Milan, the Merseyside club have confirmed this evening.

Reds boss Brendan Rodgers has made no secret of his desire to bring in another striker this summer after selling Luis Suarez to Barcelona, and after being linked with a number of players in recent weeks, Balotelli emerged as a key target.

News broke late last week that Liverpool were in serious talks with AC Milan and they soon agreed a £16m deal with the Serie A club, and the striker headed to the UK to discuss personal terms.

As we reported earlier, the 24-year-old was seen arriving at Liverpool’s Melwood training base on Monday afternoon where he trained with Reds fitness coach Ryland Morgans ahead of the official announcement.

Liverpool have now officially announced on Liverpoolfc.com Balotelli has signed a long-term contract with the club and will become Brendan Rodgers ninth summer signing, subject to registration with the FA.

As he’s not been registered in time, the Italian international won’t be eligible to face former club Manchester City this evening, but he is expected to be in the stands at the Etihad watching his new team mates. After completing the move, Balotelli told the clubs website:

“I’m very happy. We’ve been talking about coming here and now I’m happy to be here.

“Liverpool are one of the best teams here in England and the football is very good here.

“It’s a great team with young players, and that’s why I came here.”

After a stint at Man City – where he lifted the Premier League title in 2012 – Balotelli moved to AC Milan where he scored 30 goals in 54 appearances but despite his encouraging goal-scoring record, he struggled to deal with the racist abuse he received from the stands and he’ll now provide real depth to the Liverpool attack along with Daniel Sturridge and Rickie Lambert.

Balotelli is certainly a divisive character but he’s also a fantastic player on his day, so Brendan Rodgers will be working hard to keep the striker happy and get the best out of him during his time at Anfield.

Here is a photo gallery of Balotelli posing in his new kit after completing his move to Liverpool. All images from Liverpoolfc.com 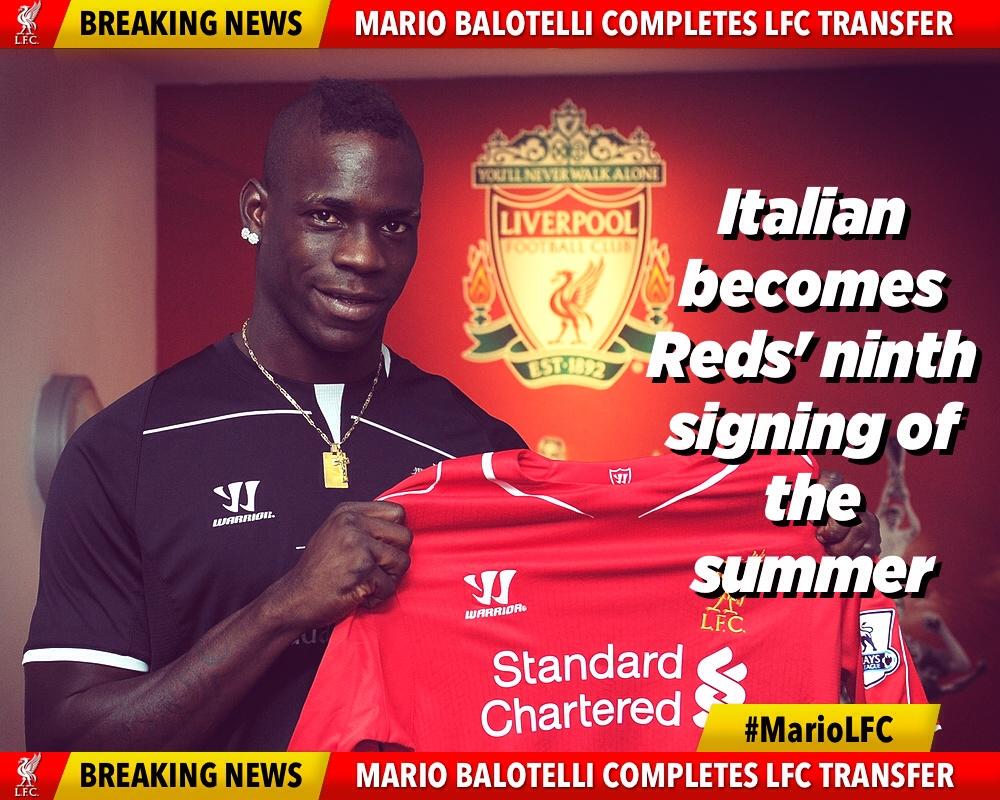