The father of Radamel Falcao claims Arsenal and Liverpool were among the clubs who made late moves to try and sign the striker before his move to Man Utd.

The summer transfer window may be closed but managers are already thinking ahead to the January window so we’ll bring you all the latest news and gossip. Today, Man Utd beat off interest from Arsenal and Liverpool to sign Radamel Falcao. 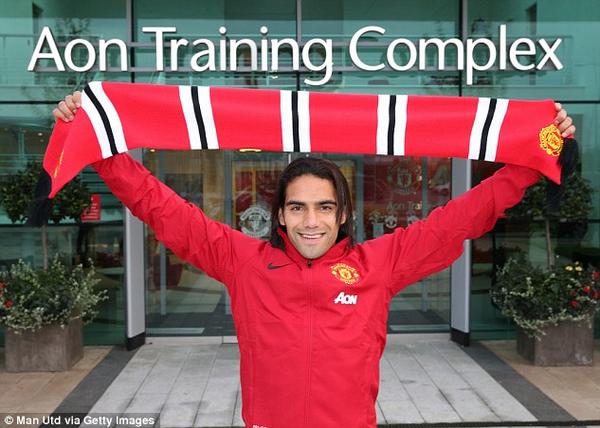 The father of Radamel Falcao claims that Arsenal, Liverpool and Manchester City were among the clubs who made late moves to try and sign the striker before he completed his move to Manchester United, according to the BBC.

Falcao’s future was a hot-topic in the run-up to transfer deadline day after it emerged that Monaco were willing to let him leave as part of cost-cutting measures put in place by the Ligue 1 clubs owners.

Understandably, several clubs were linked with a move for the Colombian international and a switch to the Premier League became a distinct possibility after Real Madrid failed to go through with a proposed deal to take him to the Bernabeu last weekend.

News then broke on Monday morning that the player was flying in to the UK on a private jet to undergo a medical and discuss personal after United had agreed a deal with Monaco to sign the 28-year-old on a season-long loan deal with a view to making the move permanent next summer.

Falcao eventually sealed his move to Old Trafford early on Tuesday morning after United were granted an extension by the FA to get the deal completed after the 11pm deadline.

However, the players father has told reporters that the Red Devils had to fend off interest from a number of clubs with Arsenal, Liverpool, Man City and Juventus all understood to have made late moves for the striker.

“He was very happy at Monaco but unfortunately, they changed the original plan and decided to sell the players they had bought,”

“The clubs that showed an interest were Juventus, Man City, Liverpool and Arsenal at the last minute,”

“Real Madrid chose not to. Thank God everything came through with United.” Radamel Garcia is quoted as saying by the BBC

Falcao is one of the best strikers in world football so it’s no surprise that so many top clubs were interested in his services and United pulled off a major coup by securing his signature, particularly when you consider they weren’t able to offer any form of European football.

However, despite his sensational goal-scoring record, some clubs may have been reluctant match the strikers wage demands as he’s only just returned from a serious knee injury that ruled him out of this summers World Cup finals in Brazil.

The South American was United’s sixth major summer signing after Louis van Gaal splashed around £150m on new talent including Angel Di Maria, Ander Herrera, Luke Shaw, Marcos Rojo and Daley Blind, and United’s new No.9 is in line to make his debut against QPR on September 14 after the international break.