Premier League action returns this weekend after the international break as Liverpool take on Aston Villa at Anfield on Saturday evening.

The Reds went into the the two-week break off the back of an impressive 3-0 win over Tottenham at White Hart Lane which saw them immediately bounce back from a disappointing loss to Manchester City.

It leaves the Merseysiders on six points from their opening three games but Brendan Rodgers will be eager to build some momentum as they prepare for a busy schedule that sees them play seven times in just three weeks.

Villa arrive on Merseyside unbeaten so far this season with wins over Hull and Stoke and a point at home to Newcastle seeing Paul Lambert’s men sitting in third position in the Premier League table.

Lambert also has an excellent record at Anfield with the Scot yet to taste defeat on the ground as a top flight manager, so he’ll be desperate to keep that run going this weekend.

Liverpool will have to make-do without influential striker Daniel Sturridge after he was ruled out for three weeks with a hamstring injury that he suffered while away with England.

Midfielder Emre Can is also ruled out with the German set for up to six weeks on the sidelines with an ankle injury that he too picked up while on international duty.

Rodgers will give a late fitness test to Joe Allen after he returned with a knee injury and he could join Martin Skrtel and Jon Flanagan on the sidelines.

However, Adam Lallana is in-line to make his competitive debut after recovering from a knee complaint while Mario Balotelli is expected to shake off a stomach bug to start in attack.

Aston Villa will be without Christian Benteke as he continues to nurse an Achilles injury, while Libor Kozak is out for the long-term with a broken leg.

Tom Cleverley should make his debut after signing from Manchester United and Aly Cissokho could feature against his former side. 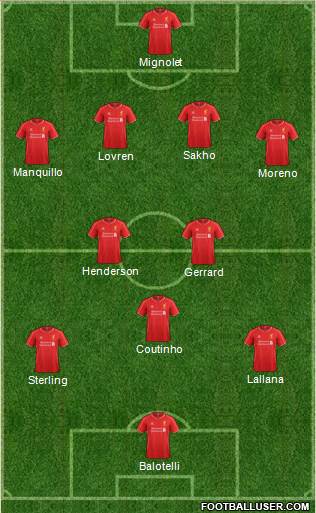 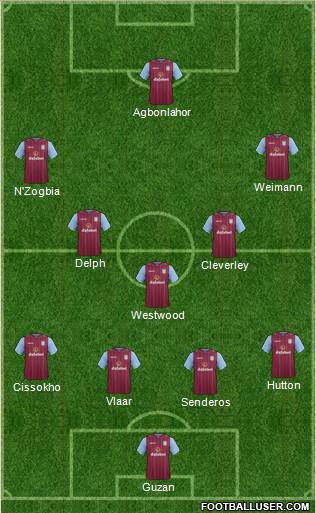 Mario Balotelli: All eyes will be on the Italian international as he makes his Anfield debut. With Sturridge out, Balotelli is going to have to pick up the goal-scoring burden and you wouldn’t bet against him opening his account against Villa, having scored a hat-trick against them for Man City back in 2010.

Liverpool 2-0 Aston Villa: Villa have impressed so far this campaign but it’s going to be a different test for them tomorrow and I can see Liverpool have too much for the Midlanders.