Liverpool have confirmed on their official website this evening that star striker Daniel Sturridge has signed a new long-term contract with the club. 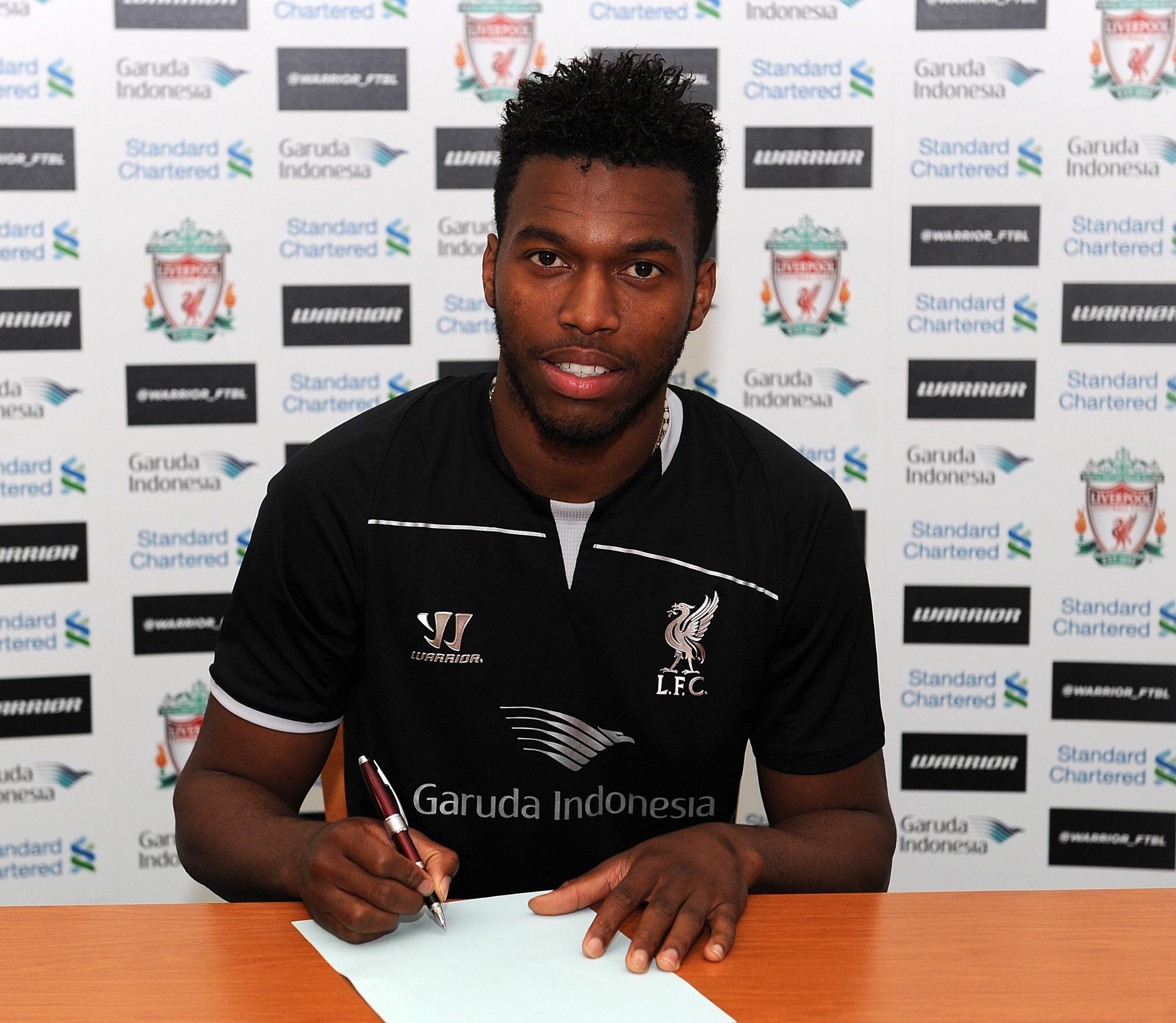 Liverpool have confirmed on their official website this evening that star striker Daniel Sturridge has signed a new long-term contract with the club.

Sturridge only moved to Anfield from Chelsea in January 2013 but has really found his form under Brendan Rodgers, with the 25-year-old scoring 36 goals in just 52 appearances so far.

With Luis Suarez left for Barcelona in the summer, Sturridge has taken over the mantle of Liverpool’s main striker and the club have now rewarded him for his impressive form with a new lucrative deal.

Liverpool announced the deal on Liverpoolfc.com this evening, but while they don’t disclose the precise details, reports in the Daily Mail claim Sturridge has signed a five-year contract that could be worth up to £150,000-a-week.

After signing his new deal, Sturridge told the clubs website:

“It feels great. It’s a big, big day in my life to commit to this club and to give the club my best years, which are ahead of me.

“I am thankful for the opportunity and that is the reason I committed my future. Everyone has been great with me, from the fans to the staff to the players, so it was an easy decision. I’m happy with how everything is going.”

“There are a lot of things I’m happy with how they’ve gone so far, but there is a lot to come. I’ve not shown yet what I can do – what I’m doing is just the start for me.

“We were so close to success last season and it was a bitter pill to take not winning the league, but that’s just a taster of what the fans will get – but hopefully this time we’ll have the trophies to show for it.

“Everyone is very obsessive in terms of wanting success and being winners. That’s what we are – that’s the Liverpool Way.”

The striker has also taken to social media to express his delight at commiting his future to Liverpool, with the player posting on Twitter:

We did it!! Proud to announce I've signed a new long term contract with Liverpool football club. I'm… http://t.co/gdxJnvLXY0

Sturridge has missed Liverpool’s last six matches due to a thigh injury that he picked up while away with England last month, and his importance to the team has been shown in the results with the Reds winning just once – a narrow 2-1 win over Ludogorets – while they have tasted defeat on three occasions, so it’s no wonder Rodgers is desperate for his No.15 to be passed fit for tomorrow’s clash with West Brom.