Arsenal are facing an injury crisis in defence with Laurent Koscielny set to miss the Hull City game this weekend with tendinitis, according to the Telegraph. 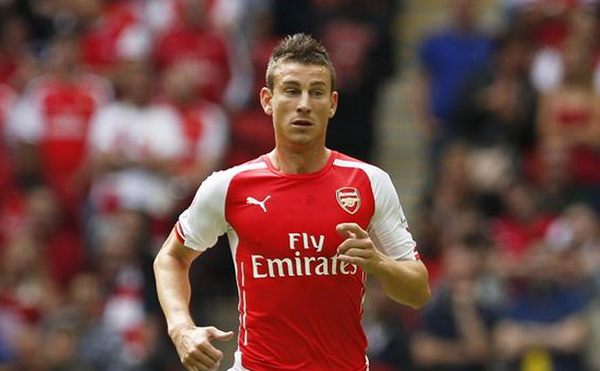 Arsenal are facing an injury crisis in defence with Laurent Koscielny set to miss the Hull City game this weekend with tendinitis, according to the Telegraph.

Koscielny was sent home from international duty with France last week after tests revealed he had acute tendinitis in both ankles. The problem was not thought to be serious and the 28-year-old was initially expected to be passed fit to face the Tigers at the Emirates.

However, the Telegraph are now reporting that Koscielny needs more time to rest, leaving Arsene Wenger with a selection headache this weekend.

With Calum Chambers suspended and Mathieu Debuchy injured, Hector Bellerin is expected to start at right-back but we are seriously low on options in the middle of defence without Koscileny.

The newspaper believes that Wenger is giving serious consideration to handing Nacho Monreal his first competitive start at centre-back after he featured in the middle during pre-season, and the boss has previously indicated he feels the player can do well in this position.

“He [Monreal] can do well there because he is intelligent, because he has a good sense of interception, because he reads the game well and is a good passer,”  Wenger is quoted as saying by the Telegraph.

It’s obviously a big blow to lose Koscielny but I’d personally prefer to see young Isaac Hayden start ahead of Monreal at centre-back as I don’t think the Spaniard looks comfortable in the middle, but we’ll have to see what Wenger decides to do.

The Telegraph also claim that Mikel Arteta is set to miss this weekends action. The midfielder is expected to return to full training on Friday but it looks like the Hull clash will come too soon after three weeks on the sidelines with a calf injury.

There is some positive news though as it’s understood that Theo Walcott and Serge Gnabry will be in contention after returning to full training this week, although I would be cautious about throwing Theo straight back in to action. A place on the bench and a possible 15 minute run-out is the most I’d hope for this weekend.

Aaron Ramsey is due to return to training on Monday and he should be back to face Sunderland next weekend, and might have a slight chance to feature against Anderlecht in the Champions League on Wednesday.