The summer transfer window may be closed but managers are already thinking ahead to future transfer windows so we’ll bring you all the latest news and gossip. Today, Arsenal are confident of landing Borussia Dortmund defender Mats Hummels. 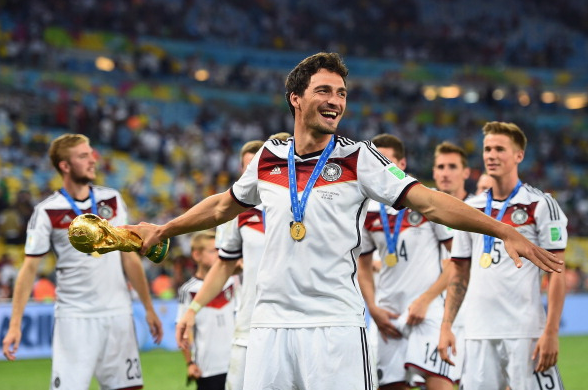 Arsenal are confident of beating Manchester United to the signing of Mats Hummels with Arsene Wenger lining-up a €40m January bid for the Borussia Dortmund ace, according to reports.

The Gunners boss admitted at the clubs AGM on Thursday afternoon that they are short of options at the back after failing to bring in another centre-back in the summer.

The Frenchman confirmed he will look to rectify the situation during the January transfer window and it looks as though he’s eyeing a big-money move for yet another German international.

The Metro are reporting that Arsenal are ‘confident’ of seeing off competition from Manchester United to secure the signature of Borussia Dortmund defender Mats Hummels this winter.

The 25-year-old was strongly linked with a move to United in the summer after Louis van Gaal made him a top target and some recent reports have suggested that the former champions have been working on a deal to take Hummels to Old Trafford.

However, the Metro seem to think Arsenal feel they are in pole position for his signature and will table a €40m offer ahead of a potential switch in January.

It remains to be seen whether that kind of money will tempt Dortmund in to a sale but I personally don’t think the Bundesliga outfit will agree to sell mid-season, so the likes of Arsenal and United may have to wait until next summer to battle it out for the centre-back.