Liverpool get back to Premier League action when they take on Queens Park Rangers at Loftus Road on Sunday afternoon. Here’s a match preview with team news

Liverpool get back to Premier League action when they take on Queens Park Rangers at Loftus Road on Sunday afternoon.

The Reds will be hoping to get their season back on track having won just one of their last four league games and they’ve won just once away from home all season – a 3-0 victory over Tottenham at White Hart Lane in August.

Coincidentally, that was the last time Daniel Sturridge featured for the Merseysiders and they’ve been hit with a hammer blow after the striker was ruled out for a further month with a calf injury.

However, victory tomorrow would see Liverpool climb from tenth up to level on points with fourth-placed West Ham, so Brendan Rodgers will be desperate to come away from the capital with all three points.

And they should be confident of doing so as they’ll take on a QPR side that are bottom of the table after winning just one of their seven games so far which has understandably led to speculation over Harry Redknapp’s position as manager.

As previously mentioned, Sturridge will miss out again after pulling his calf in training on Thursday so Mario Balotelli is expected to lead the line up front.

However, elsewhere Rodgers has more positive injury news with Emre Can back in the squad after recovering from an ankle injury while Joe Allen is also available after overcoming his own knee problem.

Dejan Lovren is also expected to be back after shaking off an abdominal strain but Mamadou Sakho is still unavailable so he misses out along with Jon Flanagan.

QPR will be without Joey Barton and Jordan Mutch who are both struggling with hamstring injuries.

Niko Krnajcar is likely to be passed fit despite picking up a broken toe in training, but Alejandro Faurlin is still out for the long-term with a knee injury. 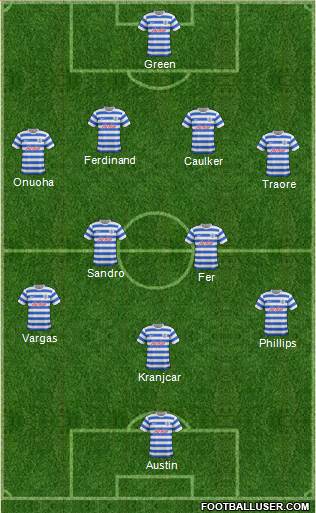 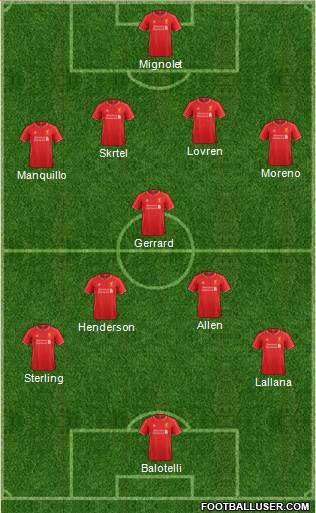 Mario Balotelli: The Italian really has to start stepping up now that Sturridge has been ruled out again and Rodgers will be looking for his £16m signing to get among the goals tomorrow.

QPR 1-2 Liverpool: Even without Sturridge Liverpool should have too much for QPR on Sunday, so I think they’ll go back to Merseyside with a narrow win.