Arsenal will be looking to put Tuesday’s disappointed behind them when they take on Swansea City at the Liberty Stadium on Sunday afternoon. Here’s a preview

Arsenal will be looking to put Tuesday’s disappointed behind them when they take on Swansea City at the Liberty Stadium on Sunday afternoon.

The Gunners blew their chance to secure automatic qualification to the knockout stages of the Champions League after letting slip a three-goal lead to draw 3-3 with Anderlecht at the Emirates.

Arsene Wenger will be desperate to put that result behind him and get back to winning ways and we head into this game off the back of successive Premier League victories over Burnley and Sunderland.

Those victories see us currently sit fifth in the table heading into this game but we can leapfrog West Ham into fourth if we come away from Wales with all three points tomorrow.

Swansea aren’t going to be an easy task though as they’ve made their best start to a Premier League campaign with Gary Monks side sit seventh after taking 15 points from their opening 10 games, and they will in fact go above us if they come out victorious on Sunday.

Mikel Arteta has been ruled out with a minor hamstring injury that he suffered on Tuesday night so Mathieu Flamini is expected to come back in.

Jack Wilshere is available again after recovering from illness and injury and he could replace the out-of-form Aaron Ramsey in midfield.

Theo Walcott is also pushing for a recall but with just 10 minutes of first team football in over 10 months, I don’t think he’ll start tomorrow so he’ll be hoping for another run-out in the second half.

Swansea will be without midfielder Jonjo Shelvey after he was sent off against Everton last week.

Leon Britton is back in full training after recovering from a knee injury but he’s unlikely to feature just yet. Jordi Amat and Dwight Tiafter are also back in training but Jazz Richards is still out with a knee problem.

Goalkeeper Lukasz Fabianski is set to face former club Arsenal for the first time since leaving on the summer. 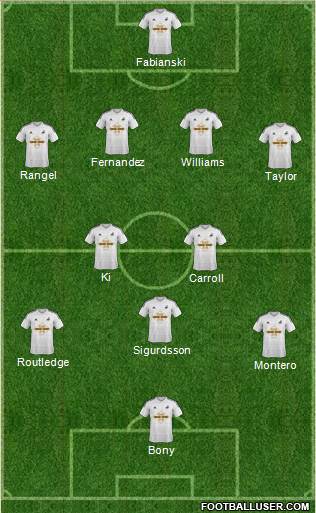 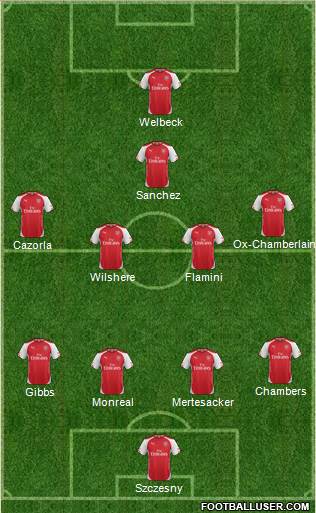 Alexis Sanchez: The Chilean has virtually carried Arsenal in recent weeks with his tireless work ethic and world class ability in the final third, so Wenger will be hoping for more magic from his £32m signing tomorrow to help secure the three points.

Swansea 1-2 Arsenal: Despite our stuttering form, I think we can edge this one as long as we sort ourselves out at the back. Swansea will pose a threat so if we can keep things tight, our superior quality in the final third should see us through in the end.