Liverpool have confirmed Daniel Sturridge has picked up a fresh thigh injury with widespread reports claiming he’s set for a further six weeks on the sidelines. 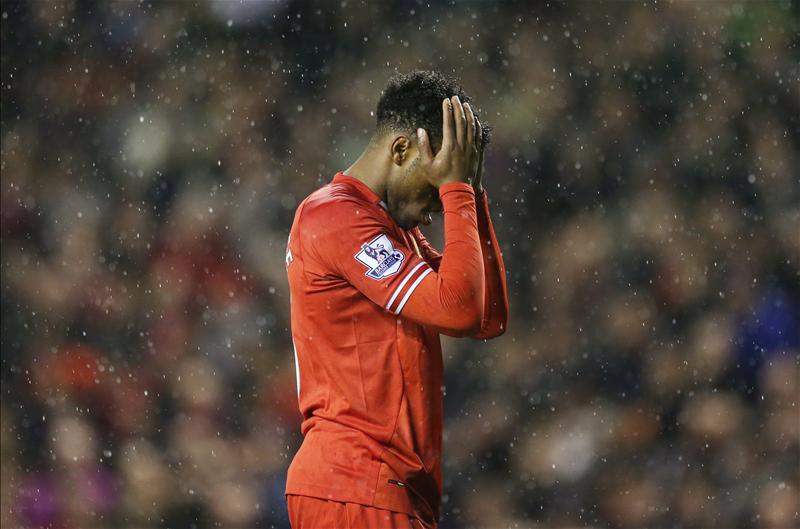 Liverpool have confirmed the news that Daniel Sturridge has picked up a fresh thigh injury with widespread reports claiming he’s set for a further six weeks on the sidelines.

Sturridge was set to return from a 10-week absence against Crystal Palace this weekend but broke down in training at Melwood on Tuesday afternoon with a new injury.

The striker was sent for further tests this morning to determine the full extent of the problem and Liverpool have now released a statement on their official website this afternoon confirming that the striker has suffered a thigh injury.

“The player will remain unavailable for selection but will be monitored and assessed during his recovery.” A statement on Liverpoolfc.com read.

Although the Reds haven’t disclosed how long they think Sturridge will be out for, the Guardian are one of several media outlets who claim the 25-year-old is now expected to be sidelined for a further six weeks.

The news is a major blow to Liverpool as the Merseysiders have struggled badly without Sturridge in recent months with Mario Balotelli and Rickie Lambert failing to register a single league goal between them during his absence.

The lack of threat up front has led to Liverpool slipping down to 11th in the Premier League table while they are facing a battle to qualify for the knockout stages of the Champions League, so Brendan Rodgers is now going to have to figure out how to cope without his biggest goal threat until the New Year.

If Sturridge does miss the full six weeks, it means he’s set to sit out up-coming games against Palace, Ludogorets, Stoke, Leicester, Sunderland, Basel, Man Utd, Bournemouth, Arsenal, Burnley and Swansea while he could also be a doubt to face Leicester on New Years Day.