Arsene Wenger has given an injury update on Theo Walcott, Mathieu Debuchy, Danny Welbeck and many more ahead of Arsenal’s trip to face West Brom. 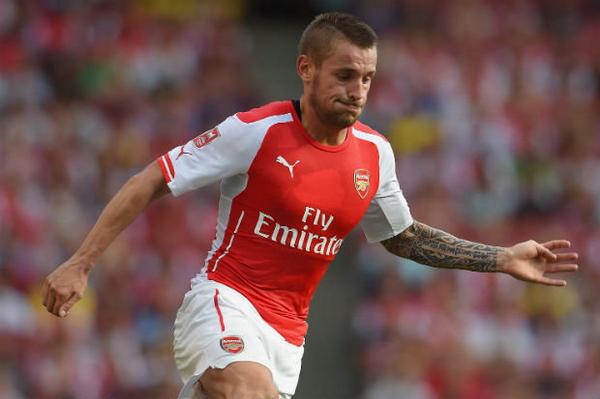 Arsenal will be looking to get their Premier League season back on track when we take on West Bromwich Albion this weekend.

Ahead of the game, Arsene Wenger has been speaking to the media at his press conference this morning and gave Arsenal.com a team news and injury update with the latest on a number of first team players.

Goalkeeper Wojciech Szczesny remains a doubt as he’s yet to return to training after injuring his pelvis during our 2-1 defeat to Manchester United last weekend. It’s unlikely he’ll make the trip to the Midlands if he doesn’t take part in training today so Emiliano Martinez is on stand-by to continue in goal.

We were handed a timely boost in midweek when Laurent Koscielny returned to the squad after overcoming an Achilles injury. The Frenchman was an unused substitute against Borussia Dortmund but Wenger says he’s available to start tomorrow is he chooses to select him.

Danny Welbeck didn’t feature on Wednesday after suffering a knee injury against his old club last weekend and he’ll face a late fitness test to determine whether he’ll be in the squad to face West Brom, while Yaya Sanogo is likely to miss out with a knock he picked up in midweek.

The boss also revealed that Mikel Arteta has been ruled out after suffering another calf injury against Dortmund, but thankfully it’s only a grade one strain so he’ll be back in at least two to three weeks.

Theo Walcott’s injury struggles continue as he’s now been ruled out for another two games with a groin strain he picked up while away with England earlier this month so he’ll sit out upcoming fixtures against WBA and Southampton, but Arsene also confirmed that Mathieu Debuchy is due back in full training in two weeks after recovering from an ankle injury.

I will have to check this morning how available everybody is. Szczesny (pelvis) has not practiced yet at all. Arteta is out for sure of course and I think Sanogo (cramp) has problems as well because I had to take him off. We have a few other players that we have to check.

He is well. If I want him to start, he will start.

Welbeck will have a test this morning. He has not practiced yet. I can’t tell you at the moment [if he’s okay].

Arteta has now had a calf problem for the third time. It’s always a small grade one but it’s minimum two to three weeks.

Theo is not okay for the weekend, he has an inflamed groin coming back from England and has not been available since. He will not be available for this game, nor Wednesday.

Debuchy will be back I think in two weeks

So that’s an extensive injury update and you have to say on the whole the news is far from positive. With Jack Wilshere, Mesut Ozil, Abou Diaby, Serge Gnabry and David Ospina also out, we go into the weekend with as many at least eleven injury doubts.

That’s an impossible number of injuries for any club to deal with. The likes of Szczesny, Welbeck, Walcott and Sanogo will be back soon but many of the other injuries are long-term so we’re going to have to try and get by the best we can until the New Year when hopefully we’ll get our squad back together.