Arsenal have made a last ditch move to try and beat Liverpool to the signature of highly-rated Norwegian youngster Martin Odegaard, according to the Telegraph.

With the January transfer window fast approaching managers are formalising their plans to strengthen their squads ahead of the second half of the season, so we’ll bring you all the latest news and gossip. Today, Arsenal have made their move for Liverpool target Martin Odegaard. 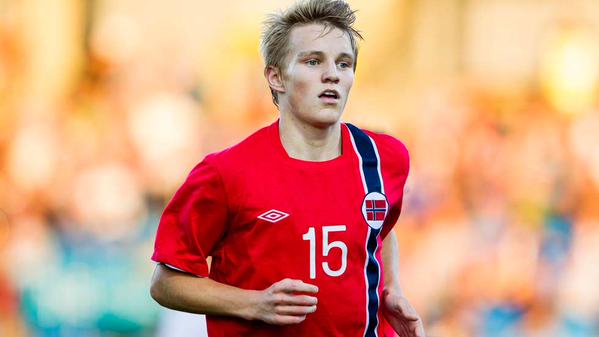 Arsenal have made a last ditch move to try and secure the signature of highly-rated Norwegian youngster Martin Odegaard, according to the Telegraph.

Odegaard is one of the hottest properties in world football after breaking into the Stromsgodset first team last season and has scored five goals in his 25 appearances so far this term.

The 15-year-old’s huge potential has led to interest from all of Europe’s top clubs with the youngster already believed to have visited the likes of Liverpool, Bayern Munich and Real Madrid in recent weeks.

Reports had previously suggested that Liverpool were the early front-runners for his signature but Bayern are now thought to be confident they’ve done enough to lure the teenager to Germany.

However, the Telegraph now claim that Arsenal have made a late move and Odegaard is understood to have trained at London Colney on Tuesday afternoon after being shown around the clubs training facilities.

The newspaper states that the attacking midfielder and his father held talks with Arsene Wenger about a potential move to North London, but the Gunners still face some stiff competition as it’s beleived the player will now spend time with the likes of Barsenal, Man Utd and Man City before making a final decision over his future.

It’s not often such a young player has practically every bit club fighting over his signature so it’s safe to say this Odegaard must have something special about him, so it’s going to be interesting to see where he ends up.

He turns 16 on Wednesday, at which point he’ll be able to sign a professional contract, so a decision could be made soon, but you wouldn’t blame him if he wanted to take his time over such an important move in his career.