With the January transfer window just around the corner managers are getting ready to strengthen their squads ahead of the second half of the season, so we’ll bring you all the latest news and gossip. Today, Arsenal are linked with Tyrone Mings. 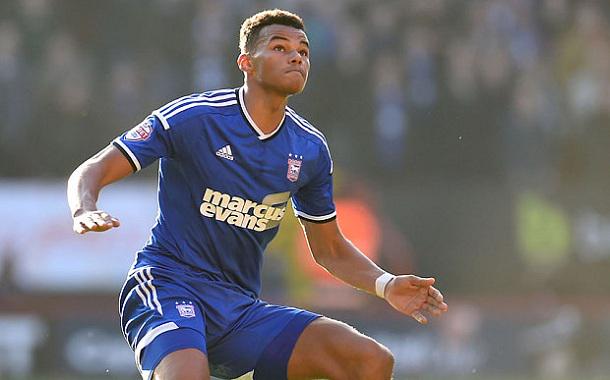 Arsenal are expected to finalise an £8m deal for Ipswich Town defender Tyrone Mings after Arsene Wenger confirmed his intention to bring in another centre-back next month, according to the Telegraph.

Our lack of depth at the back has been badly exposed in recent weeks with the likes of Mathieu Debuchy and Nacho Monreal forced to fill-in while Laurent Koscielny has been out injured.

Many fans have called for Arsene Wenger to dip into the transfer market in January to sign another central defender and thankfully the boss has confirmed he’ll do just that as long as the right player is available.

When asked about signing another defender next month, the Gunners manager told reporters:

“Without any doubt. If we find the right player we will do it.” Wenger is quoted as saying by the Telegraph.

A number of players have been linked with a move to the Emirates in recent months but Tyrone Mings has now emerged as a key target with the Telegraph claiming that we’re ‘expected’ to conclude an £8m deal for the 21-year-old when the transfer window reopens.

Mings has forged a reputation as one of the best young defenders outside of the Premier League after some impressive displays for Ipswich Town, where he’s predominantly played as a left-back during his 36 appearances.

However, the newspaper suggests that Wenger wants to convert the 6ft 3ins youngster into a centre-back in order to add some much-needed depth to Arsenal’s back line.

I have my doubts whether he’s ready to make the step up, but the likelihood is that Mings will be viewed as a long-term replacement for Per Mertesacker with the German international coming under increasing criticism following some below-par displays in recent months.

If we do seal a deal for the player in January, then I’d expect him to learn the ropes during the second half of the campaign before really trying to establish himself next season.