Arsenal held on to secure an important 2-1 win over West Ham at Upton Park this afternoon thanks to goals from Santi Cazorla and Danny Welbeck. Here are ratings 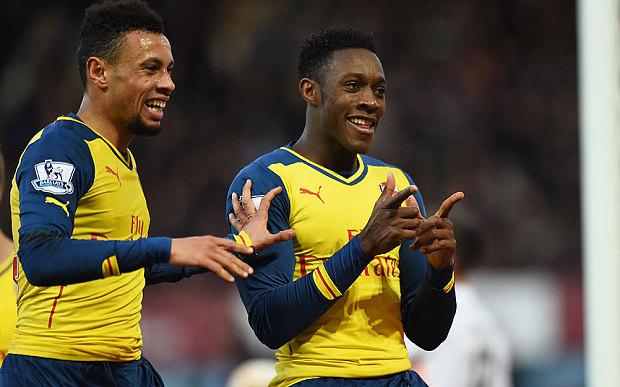 Arsenal held on to secure an important 2-1 win over West Ham at Upton Park this afternoon thanks to goals from Santi Cazorla and Danny Welbeck.

Szczesny 8/10 | Superb display. Dominated his area and collected practically every cross that was pumped into the box.

Debuchy 6/10 | Looked a little tired to me. Beaten way too easily by Kouyate for the goal.

Mertesacker 7.5/10 | Dealt with Carroll very well and looked glad to have Koscielny back alongside him.

Koscielny 8/10 | A dominant figure for us at the back and was crucial in seeing out the win. Made a couple of vital blocks.

Monreal 6.5/10 | Given a tough time by Amalfitano at times and their goal came from his side of the pitch as O’Brien burst into the box too easily.

Flamini 6.5/10 | Drifted out of position a few times but got away with it as Coquelin was alongside him.

Coquelin 7/10 | Very useful display from the Frenchman. Put himself about and made some important challenges.

Oxlade-Chamberlain 8/10 | His pace and direct running caused the Hammers some problems. Could have bagged a couple of goals in his finishing was better but did well to set up Welbeck for his goal.

Cazorla 8.5/10 | Another excellent performance. Worked hard helping out the defence and was the catalyst for many break-away attacks. Dispatched his penalty expertly.

Alexis 8.5/10 | No goals or assists but still a real threat. Worked tirelessly and West Ham couldn’t deal with him at times. Would have had at least one goal if not for Adrian’s heroics in goal.

Welbeck 8/10 | His best display for some time. Showed his predatory instincts to grab the eventual winner and worked very hard in attack.