Brendan Rodgers has given Liverpoolfc.com an update on the fitness of Steven Gerrard, Martin Skrtel and Joe Allen ahead of Liverpool clash with Swansea. 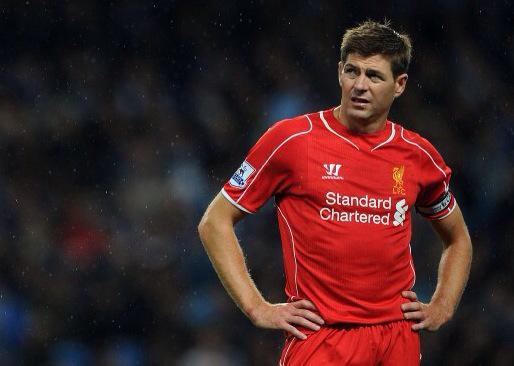 Liverpool get back to Premier League action on Monday night as they travel to Wales to take on Swansea City at the Liberty Stadium.

Ahead of the game, boss Brendan Rodgers has been speaking to the media at his pre-match press conference on Saturday and he’s given Liverpoolfc.com a full team news and injury update.

Rodgers was pleased to confirm that Martin Skrtel is expected to be passed fit for the match despite the centre-back being forced off 10 minutes into their 0-0 FA Cup draw with Blackburn last weekend.

Skrtel was taken to hospital as a precaution after a falling heavily following an aerial clash with striker Rudy Gestede and the Reds boss says he’ll be monitored over the coming days but expects him to be available for selection.

Rodgers also confirmed the good news that both Steven Gerrard and Joe Allen are back in full training and should be in contention to return for the trip to the Liberty on Monday night.

Gerrard has missed the last seven games with a hamstring injury while Allen missed last weekend’s game with a minor hip problem, but both midfielders are back in training and should be available to face Swansea.

Rodgers also gave an update on the fitness of long-term injury victims Jose Enrique and Jon Flanagan. Enrique’s season has been blighted by a troublesome knee injury while Flanagan has yet to make a single appearance after undergoing surgery on a serious knee problem he picked up in pre-season.

However, the duo have started training again and now it’s just a case of building up their fitness slowly before they’ll be considered for selection.

“Martin had the injury where he had to come off against Blackburn, so all the procedures, in terms of his gradual integration into the group is fine, so he should be available,”

“But we’ll monitor that again to make sure that everything is safe and secure with his wellness to play in the game, but he should be fine.”

“We had Steven back training, which is great. Joe Allen is back and fit and well, so the [injured players] are starting to return.”

“Jose Enrique has been in and out of training, so we’ll monitor him over the next couple of games,”

“Great news – young Jon Flanagan is back and training with the group, which is great, but again we’re just having to gradually introduce him into the training.”

Liverpool head into the weekend action sitting fifth in the Premier League table so they’ll be hoping to take advantage of any slip-ups from their rivals this weekend to close the gap on the top four with a win over Swansea on Monday.