The January transfer window is now closed but that won’t stop the newspapers from speculating ahead of the summer so we’ll bring you all the news and gossip. Today, Chelsea join the race for Raheem Sterling… 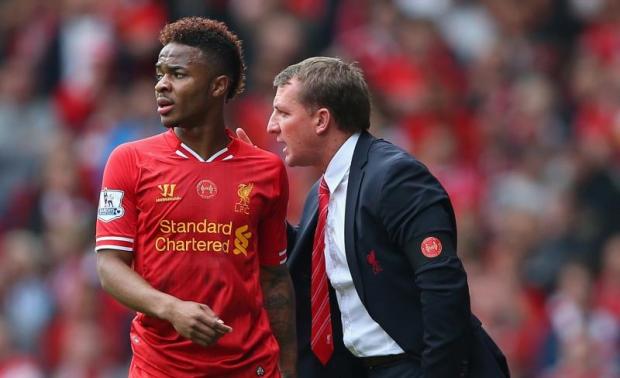 Chelsea have joined Arsenal in making discrete enquiries over Raheem Sterling’s situation despite Brendan Rodgers insisting the attacker won’t be sold this summer, according to reports.

Sterling’s future has been speculated about in recent weeks after he put contract extension talks on hold and he stunned Liverpool after giving an interview to the BBC in which he spoke at length about his desire to win trophies.

The 20-year-old insisted he’s not motivated by money after turning down a £100,000-a-week deal at Anfield but set tongues wagging after admitting he was flattered to be linked with clubs like Arsenal.

The Gunners have been strongly linked with a move for Sterling and reports last week claimed that Arsene Wenger was lining-up an audacious bid after making discrete enquiries over his availability, and when quizzed about the speculation by the BBC, the player said:

“Yeah definitely it’s quite flattering [to be linked], but I try to just block everything out in my head and just keep playing football and doing well in my next game.

“My next game is against Arsenal [on Saturday] and I’ll be trying to my best against them, I won’t hide anything about that.

“I’m just happy to be playing football and want to do my best for Liverpool.” Sterling is quoted as saying.

It appears Chelsea have now also joined the race as the Daily Mail are reporting today that Jose Mourinho is also keen on landing the attacker and has made initial enquiries over his situation.

Sterling was raised in London and came through Queens Park Ranger’s youth system so Arsenal and Chelsea will be hoping he’s agitating for a move back to the capital.

However, the duo are going to face a tough task in persuading Liverpool to cash-in as Brendan Rodgers insisted yesterday that the player would not be sold this summer.

Sterling still has over two years left on his current deal, so the Merseysiders are under no immediate pressure to sell, and Rodgers claims he won’t be allowed to leave against the clubs wishes.

‘He’s got two-and-a-half years to go on his deal and he’s not going anywhere in the summer. I cannot speak for the owners but I have a good idea of what they would do. I know them well enough and for me it would not happen. Liverpool are one of the superpowers of football and the owners have made it clear that money doesn’t come into it. If the club doesn’t want to sell, it won’t sell, it’s as simple as that. Money has never been the objective for the club.

‘Whatever player — Raheem or anybody — it would always be on the terms of the club.

‘He still has two-and-a- bit years left of his deal so it’s not something we’re overly concerned about. I’m confident that at the end of the season we’ll find the solution.’ Rodgers is quoted as saying by the Daily Mail

Despite Rodgers comments, the Telegraph are reporting that Liverpool have set the asking price at £50m in order to put off the likes of Arsenal and Chelsea.

It remains to be seen whether the London pair would be willing to match that figure, but it doesn’t seem unreasonable in today’s over-inflated market for a player so young and who has such potential.

It’s certainly going to be an interesting few months and my personal view is that by conducting that interview with the BBC, Sterling has started the ball rolling on trying to force his way out of Anfield.

However, I have a feeling that Liverpool will take the stance they did with Luis Suarez in 2013 and will refuse to sell – particularly to a domestic rival – so I suspect Sterling will end up staying at Anfield until the summer of 2016 at least.