Manchester United have this afternoon confirmed details of their 2015 pre-season tour of the United States that will see them play four money-spinning matches as part of the International Champions Cup.

United won the ICC during last summer’s tour of the US and they’ll be back again this July as defending champions where they’re scheduled to play against Barcelona, PSG, Club America and San Jose Earthquakes.

The 2015 tour will kick off when United face Club America on Friday 17 July at Seattle’s CenturyLink Field before they take on MLS outfit San Jose Earthquakes on Tuesday 21st.

The 20-time Premier League champions will will then travel to Santa Clara for the stand-out fixture as they take on Spanish giants Barcelona at the Levi Stadium on Saturday July 25th.

“Manchester United has a great history of visiting these US cities, creating memorable experiences for players and fans that date back as far as the 1950s. Tour 2015, presented by Aon, will allow the team to train at some of the best facilities in the world and play in front of thousands of passionate US supporters at first-class stadiums.

“After this month’s Manchester derby broke records to become the most-watched Premier League match in US cable television history, the club is excited to be returning to the United States at a time when the appetite for football is greater than ever.”

This year’s ICC will be played as a mini league format that will see each team play four matches and the club with the most points will be crowned champions.

These pre-season tours are becoming more and more popular among Premier League clubs due to the global reach and of course the vast revenue’s they generate for the clubs.

However, some managers have expressed concern about the level of fatigue suffered by the players during these long-haul trips so Louis van Gaal will hope his squad don’t suffer any adverse affects next season following their tour of the US in July.

Tickets for the matches will go on pre-sale on May 4th and general sale on the 7th. For more information visit  www.manutd.com/tour2015 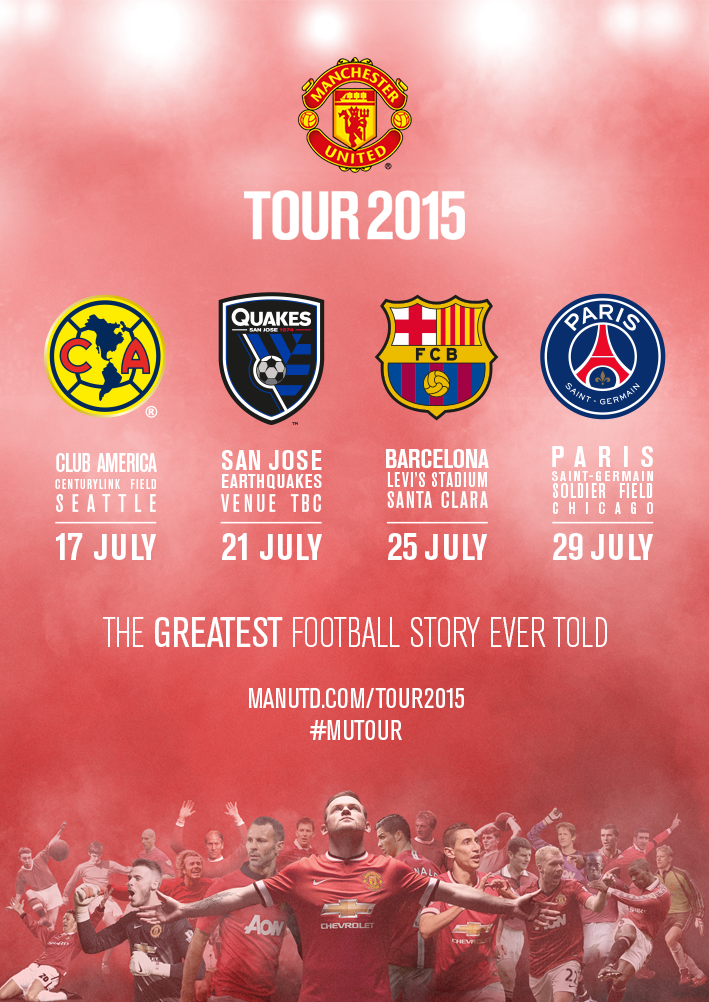