Liverpool take on Bournemouth in the League Cup tonight. Here’s a preview with team news, likely line-up, betting and predicted score for the game.

Jurgen Klopp will look to secure his first win as Liverpool manager when they take on Bournemouth in the fourth round of the Capital One Cup this evening.

The German coach has overseen three consecutive draws since replacing Brendan Rodgers in the Anfield hot-seat with the most recent being a 1-1 draw with Southampton on Sunday.

There are certainly signs of improvement under Klopp but I’m sure he’ll be desperate to get that first victory under his belt and he has an excellent opportunity to do so against Bournemouth tonight.

The South Coast club head in to the game having conceded 10 goals in their last two games so even a goal-shy Liverpool side will be confident of securing victory to book their place in the last eight of the League Cup.

Klopp is expected to make wholesale changes to his side with one eye on Saturday’s huge clash with Chelsea at Stamford Bridge in mind.

Adam Bogdan – who was the hero against Carlisle in the previous round – is set to start in goal while Kolo Toure and Dejan Lovren should come in to the defence.

Jordon Ibe and Joe Allen are expected to start while youngsters Conner Randall, Joao Teixeira and Cameron Brannagan are set to make their full debuts after impressing in training this week.

However, Klopp has problems in attack as Christian Benteke has been ruled out with a minor knee injury so he joins Daniel Sturridge on the sidelines. Divock Origi is therefore set to continue up front.

Roberto Firmino looks set to start after coming off the bench against Southampton but James Milner is suspended after picking up his fifth booking of the season. Jordan Henderson, Danny Ings, Jon Flanagan and Joe Gomez remain unavailable through injury.

As for Bournemouth, Eddie Howe is also expected to make changes but he’ll continue to be without the services of Tommy Elphick (ankle), Callum Wilson, Tyrone Mings and Max Gradel (all knee). 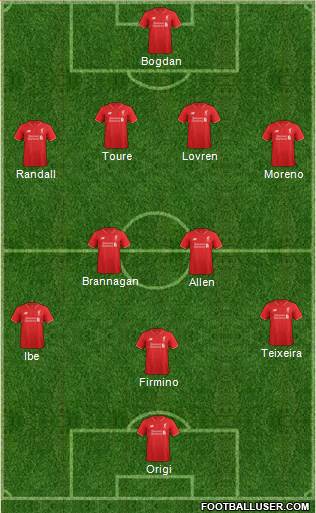 Liverpool 2-0 Bournemouth: The Reds are certainly nowhere near their best and injuries are taking their toll, but even with a much changed starting eleven I think Liverpool will win tonight to book their place in the last eight.

Liverpool are the 4/7  favourites but Football-Talk can get you enhanced odds of 5/1 on a home win if you click here. My prediction of 2-0 is on offer at odds of 7/1 and I also like the look of Firmino opening the score at 13/2. If we combine those two bets in a score-cast, then we get very tempting odds of 28/1.